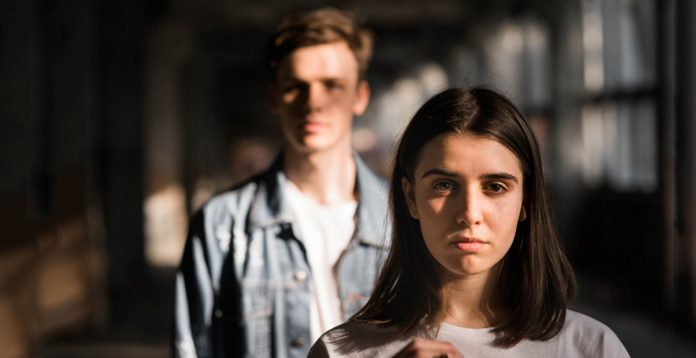 If a relationship is pure and true, it can survive the shadiest phases of life. Love, trust, respect, care, sacrifices, forgiveness are some basic yet crucial ingredients of a relationship.

A balanced effort is required to make the bond between the two stronger. Furthermore, the decision of ending the relationship is not a matter of one second, the decision of marriage can’t be taken in a single day as well.

That’s why it is important to notice the red flags before getting into a marriage. One of the major issues among couples is that they see red flags but still ignore them and later regret it for life. Here are a few common red flags one must never ignore before deciding to get married:

It’s not a positive point that he loves to play dirty. You tell him not to do something and he ends up doing exactly the same. This means he is not respecting your words. Each relationship has some ground rules which nobody makes but still, the couple follows them naturally.

If your partner is not open-minded then sorry to say, but your life will become like a nightmare.
Are you willing to spend the rest of your life with someone whose thoughts are limited? They will restrict you from many things which they don’t like.

The word hate is a strong expression. If your partner doesn’t like animals without any valid reasons like allergies, past bad experiences, etc, and put you in a situation to make a decision between them or a pet, always choose a pet. Not liking is still fine but forcing it on you because they hate animals is not something conventional.

4. Promise they will change after marriage

They often make mistakes and when you stop them, they give you excuses that they will definitely change themselves after marriage. If he makes too many promises with you and later br-eaks them. It is quite obvious that he/she is fooling around you. Breaking promises is in no way a good sign of any relationship.

Relationships become complicated when one of the two people is more involved than the other one. It left with one person giving not receiving. So, If you are under such a condition then there is no meaning in marrying a person who keeps you on their second priority list.

6. Doesn’t have moments of epiphany:

If your partner is someone who thinks that everything they do is utterly right and they can never do wrong, you need to have a reality check.

Making excuses is never a positive symbol. It’s only a way of telling them that they have other things to do, which is more important for them than you. If he makes enormous excuses rather than giving valid reasons, he/she is only trying to lie to you.

Your partner is great at holding a conversation, but when it comes to you telling a story or sharing something, he always cuts you down like they are not at all interested in listening.
They are the one who ends the conversation. Would you want to be ignored like that for the rest of your life?

Lies that affect the relationship, hurt you, and are spoken repeatedly can ha-rm the relationship forever. You will end up having trust issues. And relationships are all about building trust and believing in each other. If your partner can’t speak the truth, then don’t marry him/her.

If your partner clings to you more than normal. It either states they are insecure or they don’t trust you. Clingy partners should be a big no when it comes to marrying them. Will you be able to bear that clinging for the rest of your life?