A Double Match: Black Mother And Daughter Graduate Together From Medical School, Placed At The Same Hospital – Video 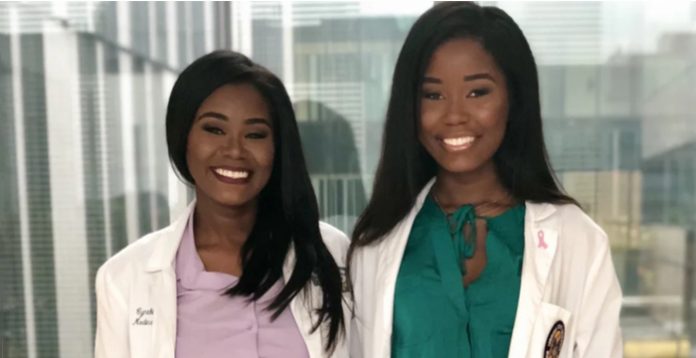 Jasmine Kudji and Cynthia Kudji, a mother-daughter duo, who had completed medical school in the same year, got placed at the Louisiana State University Health together. Both of them were very happy and proud of each other.

Cynthia, who is originally from Ghana, had migrated to the US when she was about two years old. During one of her family trips to her native country, Cynthia noticed how b-d the health system was, and many women did not know how to treat their ill kids. That’s when she decided she wanted to be a doctor and serve society.

However, when she was in her senior year at Tulane University, where she was pursuing B.S in biology, Cynthia became pregnant with Jasmine. She then enrolled at the William Carey University for nursing and went on to work as a nurse for many years. Jasmine said that her mother was her inspiration and her mother’s attitude made her want to take up medicine and be a doctor.

All this has now paid off and finally, the pair will be reunited as they both got placed at Louisiana State University Health where Jasmine will pursue general surgery and her mother would pursue family medicine. Cynthia said that the COV 19 epidemic taught them that as doctors they have the power to contribute and make a difference and also serve people.