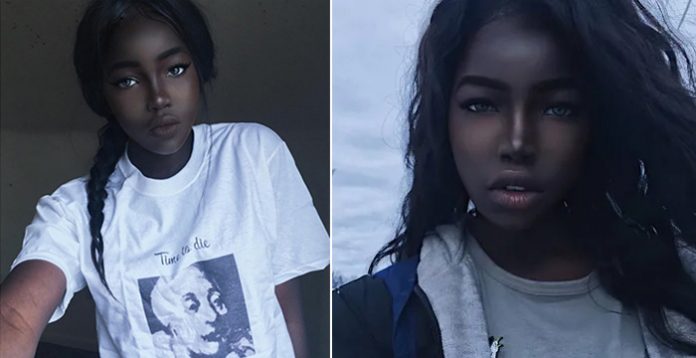 Social media is one place where you can be yourself.

However, most people are nervous before posting their pictures out there, because they think they will be jud-ed.

That was the same case with this Black model named Lolita Makuey, who refers to herself as the Black Hannah Montana.

Although she has about 500k followers on Instagram, she says there was a time she stru-gled with self-esteem because people used to make fun of her.

Today she is breaking all standard beauty norms and celebrating every bit of herself.

She even told her followers not to waste their efforts and time on boys because they don’t even love themselves.

She said that even she used to copy the way other girls who were termed ‘b-d’ used to dress.

She was still not happy with herself. Now she has learned to celebrate her existence.

Another Senegalese model named KhoudiaDiop is referred to as the ‘melanin goddess.’

She once said that she was born unique and would never want to change that for anything.

Another Sudanese model NyakimGatwech has also garnered a large following on her social media account and always encourages her followers to embrace their original skin.