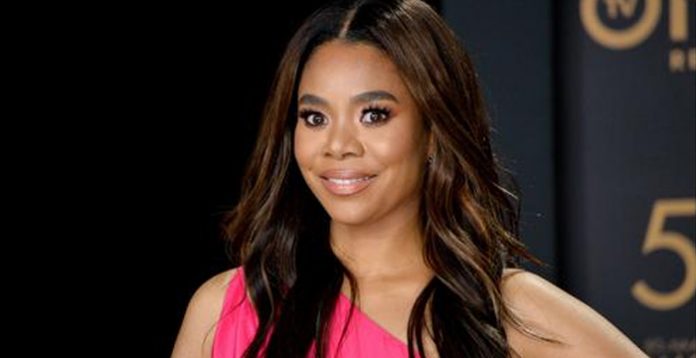 Regina Hall is a successful Hollywood Actress who has performed in many movies such as Girls Trip, Little, Think Like A Man, and many others. Throughout her career, she’s talked about her experience as a black actress and the things that she has gone through. Regardless of performing roles in several “black films”, she disclosed in an interview that her approach to how people view a film is very diverse.

Thanks to her agent, she pulled off her escaping character in ‘The Best Man’ before she moved to Hollywood.

Immediately, she got a movie, ‘Scary Movie’ which she performed as Brenda, meanwhile she performed along with Anna Farris for four more movies. Also characters in ‘Love & Basketball’, ‘Paid In Full’, ‘Think Like a Man’ and more made her choose more movies associated with black films. In 2016, when she was promoting for ‘When The Bough Breaks’ she had a conversation with The Breakfast Club regarding her participation in ‘black films’. She was asked if she felt like there were restricted roles for black actresses. Hall answered this question smartly, she said, “I am sure if people say an issue exists then it must exist even if she is not impacted directly. “Its touch in general”

She added, “I wish there were more [roles].” She also shared that she feels there are restricted posts for actresses to begin with, and lack of support results in a harder opening of opportunities. She explained, “It’s hard when the people who look like you don’t go see your movie” pointing out Charlamagne who in the past made fun of saying he would not be going to see Hall’s movies. In his support, he disclosed that he felt a lot of films contain the same concept, story, and actors. To which Hall responded, “people have to give movies a chance to see that they are in fact different.”

When DJ Envy asked, “Do you get tired of doing the black movies?” She answered, “All my cash checks are the same. I don’t feel like a black movie any less” Adding this statement she said, “I do not care so much how a movie is classified. I hope to make movies that reach as many people as possible but I understand this is not always going to be the case.” Hall said she loves doing independent movies but understands that those kinds of movies won’t always be loved similarly to larger ones because of the resources.

In a further interview, Hall joked with the men, Charlamagne and Envy, for not doing their proper research, whereas Angela Yee seemed to have sound research about her work and was also able to recall certain movies of hers. See the full interview below.