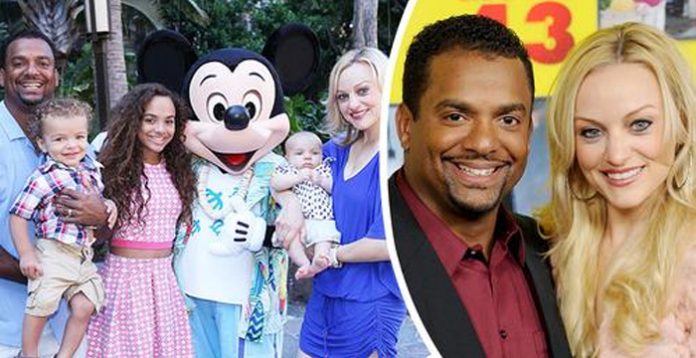 Over the years, there have been many television characters that have turned out to become iconic. One such character is ‘Carlton Banks’ in the sitcom The Fresh Prince Of Bel-Air which is played by Alfonso Ribeiro. He was seen acting alongside Will Smith in the show. The show brought Alfonso fame and an entirely new life.

However, he moved on in life and is now 50 years old. Recently Alfonso spoke about how he felt like the sitcom had almost ruined him, and although people were impressed with his work, nobody wanted to hire him, and that his wife once called him a ‘stalker.’ Now that’s one part of his story. Here is all you need to know about Alfonso Ribeiro.

Alfonso was born on September 21, 1971, in New York. His parents had immigrated from Trinidad and Tobago, and several of his relatives worked in the show industry eventually, even Alfonso was inclined toward acting. His parents were very supportive. He once said that his dad used to be his manager and how he taught him to be an all-rounder. He encouraged Alfonso to learn dance, singing, acting, talking, entertaining, and what not!

He grabbed his first role in 1980 in the series Oye Willie and later, he went on to become a part of the show The Tap Dance Kid. In 1984 he was lucky enough to work alongside pop legend Michael Jackson in several Pepsi commercials. By then, he was already a musician and had several singles released. He then grabbed a role in the tv series Silver Spoons. He then got offers from NBC productions – one from A Different World and the other being The Fresh Prince Of Bel-Air. Alfonso chose the second option.

Alfonso’s character, Carlton banks, became one of the iconic characters in the show, and his legendary dance moves became iconic. However, he said that it was not his steps. He said that he was inspired by Courtney Cox’s dance moves in ‘Dancing in the Dark.’ He said that he even included some of his steps. Although the role got him his fair share of share, it also affected his future.

He said that people always looked at him as Carlton and not Alfonso. He said that people couldn’t see him playing anything else, and they typecasted him which made him feel like he was being puni-shed. After this, he managed to grab many other projects, and in 2012 he married Angela Unkrich. He had earlier married Robin stapler in 2002, with whom he has a daughter named Sienna. The pair eventually separated in 2007.