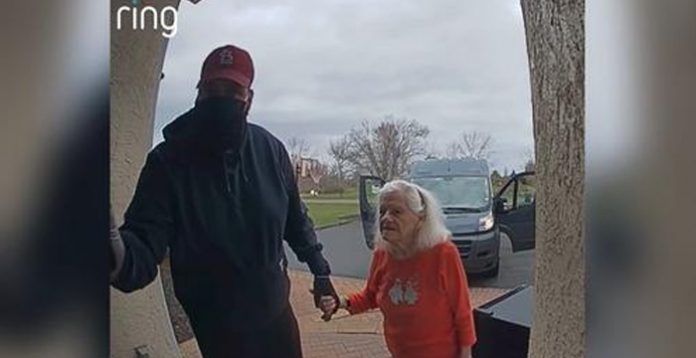 Wilmar, an Amazon delivery driver loves serving his community. He said that it’s important we look for one another and ensure that everyone in our community is safe and sound. That idea of his helped him give back to his community when he saw a grandma named Gigi who lost her way to her house and was wandering around.

Wilmar was delivering goods in that area when he noticed Gigi. He was quick to stop his van and check on her.

Wilmar said that when he was driving, he could see this grandma wave at him. Although it’s not new that people wave at delivery partners, Gigi waved like she needed something. When he got closer to her, he saw a medical alert bracelet where her address was written. She lived nearby, so Wilmar got the number on the bracelet and contacted her granddaughter Karen who was able to communicate with him through their doorbell camera and made sure her grandmother got back home safely.

She also said their community is closely knit, and if there’s something a driver is going to spot that’s out of line, he’s going to say, ‘I’m going to make sure that my customers are taken care of because this doesn’t look right.’

Stories like this restore our faith in humanity, and we need more people like Wilmar to make the world a better and safer place.