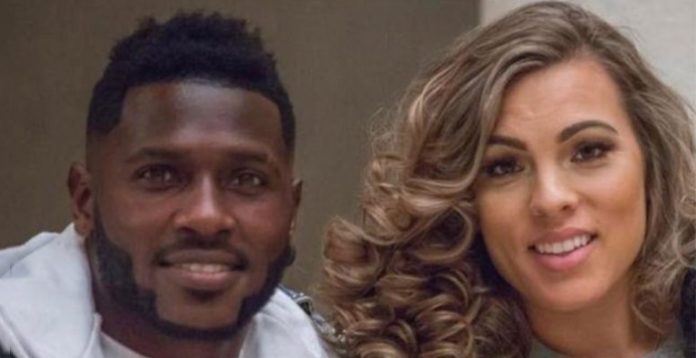 Antonio Brown, the American football wide receiver shares his views on social media continuously. His campaign NoMoreWhiteWoman has become a trending talk on the internet streets. Brown is on the waiting path as the NFL investigates the claims. Brown shared his New Year’s resolution through Twitter.

Later in his Instagram account, he uploaded a campaign flyer, and cited it as album teaser” and “cabrecords.”

The tagline “No More White Woman” perfectly fits the current chaos Brown is dealing with Chelsie Kyriss., his ex-girlfriend.

Chelsie Kyriss is a white woman who is the mother of three of Brown’s children. The coupled relationship has seemingly ended and Brown is asking her to move out of his property.