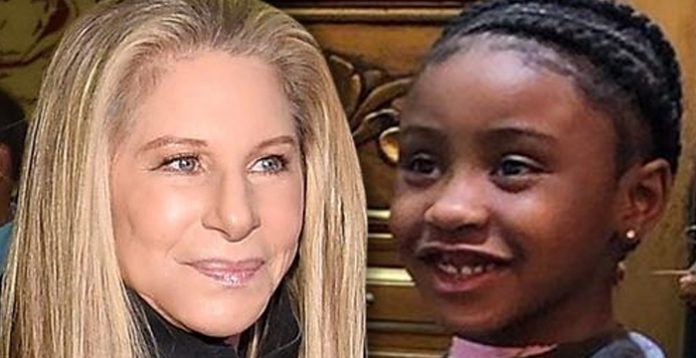 George Floyd’s daughter Gianna recently shared a post where she was seen thanking singer Barbra Streisand for gifting her Disney stocks. However, she did not reveal the number of stocks she received from the ‘I Am A Woman In love’ singer. Gianna lost her father, George Floyd after a Minneapolis officer knelt on his neck, and the incident was followed by widespread prot-sts and nationwide out-ry citing ra-ial injustice that was being meted out to the Black citizens in the US.

The incident also had attracted the attention of many celebrities who reached out to help George’s daughter Gianna. USA Today had earlier reported that Rapper Kanye West opened a 529 college savings plan got her, and the Texas Southern University also awarded her a full scholarship whenever she wanted to attend university. An official GoFundMe account was created for Gianna and the account raised about $2 million.

In the post that Gianna shared she was seen holding a letter and a certificate she received from Barbra and captioned the picture – ‘Thank you, Barbra Streisand for my package. I am now a Disney stockholder thank you.’