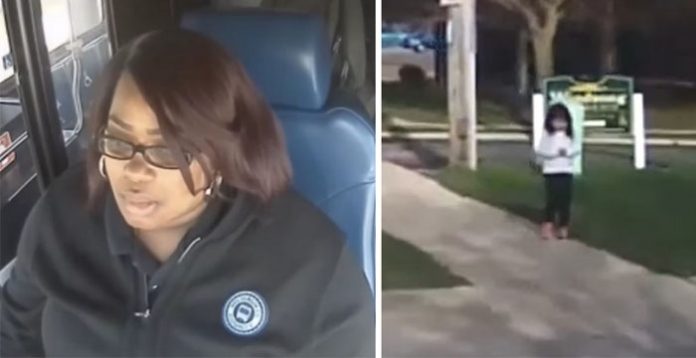 Tiffani was driving her usual route when she noticed a young girl wearing a flip flop and a sneaker. It was chilly, there were no grownups nearby, and she was clearly in need of assistance. Everyone knows that not all heroes wear capes after two years of pan-demic di-saster. Over the previous few months our heroes have been nurses and doctors who try their best to deliver quality care.

In the same way, our everyday heroes might be anybody or anything, from a cab driver to a schoolteacher. Tiffani Lee, a bus driver for the Milwaukee County Transit System (MCTS), saved a missing girl during her duty. Lee was on her way to work, operating the 51 bus route as she did every day. That day appeared to be ordinary, and Tiffani had no clue that her actions would ultimately grab headlines. When she saw a small girl going down the sidewalk while driving the bus, she realized something was wrong right a-way.

Lee informed Fox6 that she was walking alone and wearing one flip flop and one tennis shoe. The fact that the kid was wearing 2 distinct pairs of shoes was a warning sign for Lee, who was trying to digest everything in a matter of seconds as she pa-ssed her. The bus driver was confident that the girl could not have gone outside without her parents’ knowledge because it was 40 degrees and she was not wearing a jacket. After all, there wasn’t a single adult in sight.

“As a parent, I realized no parent would send their kids out in that weather,” Lee explained. Lee stopped the bus and opened the bus doors, letting the small girl inside, following her instincts. The girl reluctantly boarded the bus, but the driver was able to address her and earn her trust while she was phoning the cops. “When we began to discuss nail polish, she calmed down.” “She was dressed in pink, and I was dressed in Easter purple,” Lee explained.

When the driver inquired as to what the girl was doing outside, she said that she was heading to the store. This didn’t help Tiffani grasp what was happening, but at the same time, the only thing that really matters was to settle the girl down and wait for the cops. A few minutes later, West Allis po-lice arrived at the bus, and an officer was caught on tape conversing to the little girl and taking her by the hand, escorting her to the po-lice department, where she would seek refuge until her family could be identified.

The girl’s family was informed, and she was quickly reconciled with her family members. The family of the youngster is appreciative to the driver for coming by to assist their young daughter. WISN 12 reports that she left her family’s home while everyone was sleeping. Cheryl Wentland, her aunt, explained: “I promised to purchase her some sneakers that weekend, and I believe she was thinking about it because she often says, ‘Wait for you by the bus stop.'”

Lee was happy to learn that the lost girl had found her way back to her family. “She was te-rrified, and I was worried.” “I’m glad she made it home safely,” Lee said to FOX6 News. As she stated, footage of colleague bus drivers assisting lost or in need persons had prepared her for the task of rescuing the young child.