Cardi B Farts On The Airplane And Makes Passengers Angry – Video 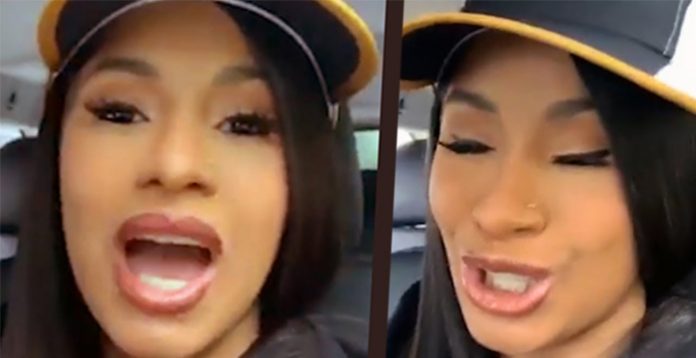 Singer Cardi B has come to highlight again after she spoke about an incident where she farted on an aeroplane which didn’t go well with the other passengers. Cardi usually travels in her private aeroplane but this time she decided to travel by Delta Airlines which might have been to save some money.

The woman sitting next to Cardi tried to put her feet up on the singer even though it wasn’t the right thing to do. Cardi gave her a look thinking she might have understood but a few minutes later the lady probably thought that Cardi had dozed off. She repeated the same thing.

This time Cardi was so anno-ed she decided to do something not very nice with an intent to piss the woman. Cardi farted in the aeroplane. She said that although it was a silent one, people were anno-ed with it.

She said that she was happy because she achieved the goal of irrit-ting the woman sitting beside her. It was also said that Cardi was on her periods when the incident occurred, and that’s what upset her, even more, when the lady kept repeating it. Cardi also said that she felt b-d for her security that he had to tolerate the smell but thankfully he was asleep so he might not have been affected as much.