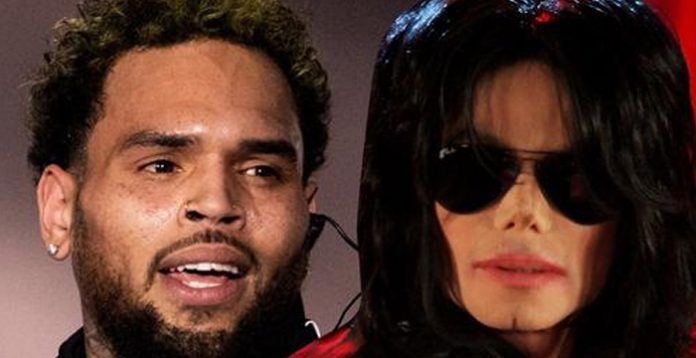 Recently there have been a lot of debates surrounding Chris Brown and Michael Jackson where the former has been compared to the late pop legend. Some even spoke about Chris being more talented than Michael. However, Chris doesn’t seem like he wants to be a part of the debate. In a recent interview on Big Boy’s Neighborhood, Chris shut down people who made such charges.

During the initial moments, the Los Angeles radio host addressed the most recent controversy to which Chris responded. Looked like he wanted to close things once and for all. In his new album Breezy he says if it wasn’t for Michael Jackson, he would have been a nobody in life and that everything he has become is all because of the late legend. He even quoted a shrine which he dedicated to the King of Pop.

Over the last few months, artists like Tank and Fivio Foreign have given Chris the ultimate crown while he said he would surrender down to the man who gave the world ‘Thriller’, ‘Billie Jean’, and ‘Rock with you.’

Chris is now all set to go on tour with Lil Baby to drop his new album ‘Breezy.’ Chris also admitted in his Big Boy’s interview that he recorded over 250 songs for the album before he reduced it to 23 songs.