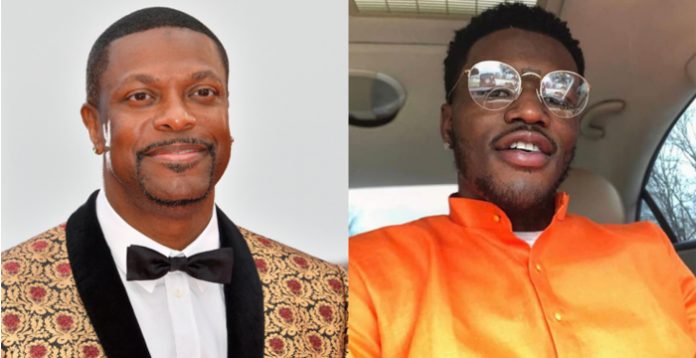 Many followers of the Friday franchise have been yearning for the series to come to a suitable finish. While several performers have expressed their desire for the Last Friday movie throughout the years, Chris Tucker has remained silent. Tucker was missing from the second and third episodes despite contributing one of his most famous performances to the series.

Tucker may return for Part 4 if one of his requests is fulfilled, according to DC YoungFly.

The road to creating Friday was a labour of love for all relevant parties. Ice Cube intended to make the film to modify the perception of South Central Los Angeles that had been formed by his previous films (Boyz In Da Hood and Menace II Society) and present the more amusing aspects of the communities. At one point, he reportedly volunteered to put up his personal funds to have it made, but Warner Bros later agreed to finance the development.

Despite the fact that WB was on board, the actors and crew did not have much money to work with because the overall budget for Friday was only 2.3 million. As a result, numerous cast members were paid very little to appear. Chris Tucker apparently only made $10,000 for his two weeks of filming. Actor Faizon Love claims he earned $2500 for 1 to 2 days of filming. The late John Witherspoon stated that he was paid $5,000 for his part as Pops in the first movie. Terri J. Vaughn earned much less, barely $150 for the day. Friday would earn $300 million at the box office and become a cult hit. As a result, Warner Bros. was able to pay actors much more for their roles in the sequels Next Friday and Friday After Next.

While many people are content to take their places in the subsequent Friday films, Chris Tucker was not one of them. Tucker supposedly turned down an offer of $10-$12 million to return for Next Friday. His motivation has shifted dramatically throughout the years. According to sources, Chris Tucker thought that playing Smokey, a stoner went against his religious values.

Others believe Tucker, Friday’s breakout star, felt too large to come back to the film and instead chose to seek more popular projects. This choice resulted in the Rush Hour film, which was such a smash hit that Tucker was able to secure up to an additional $25 million for each sequel he produced.

With Smo-key out of the picture, Ice Cube and his creative team created the comic relief character Daymond “Day-Day” Jones, performed by Mike Epps in his first role. The picture was relocated to the suburbs, and a slew of original characters was added, including Uncle Elroy, Pinky, Joker, Auntie Suga, Karla, and Michael Blackson’s nameless store client. The second picture was successful enough to warrant a third instalment, which introduced us to a slew of renowned characters and actors. Katt William’s Money Mike, Rickey Smiley’s Robber Santa Claus, and Terry Crew’s Damon Pearly were among those featured.

The concept of the Last Friday has been discussed for nearly two decades, with Ice Cube previously indicating that he hoped to have the last chapter ready by the original’s 25th anniversary. Sadly, Ice Cube maintains that he and Warner Bros have been unable to reach an agreement on a storyline, and he has even indicated that he believes they are prejudiced against him because they have a record of lack of funding for his movies in the past. Aside from the studio squabbles, several notable performers have gone since the last Friday picture.

Among them are John Witherspoon, Tom Lister Jr., AJ Johnson, and Bernie Mac. Notwithstanding these losses, much of the primary cast remains alive and well. While Ice Cube, Mike Epps, and others appear to be willing to return, many are asking if Chris Tucker will as well. According to DC YoungFly, Chris Tucker agreed to return to Friday if Young Fly could play his kid in the film. “I’m not meant to say this,” Youngfly said on Shannon Sharpe’s chat show. “Chris Tucker basically warned me this year that if I portray his son, he’ll be removed.”