Couple Adopts 2 Pairs Of Twins: ‘They All Needed Somebody To Love Them’ – Video 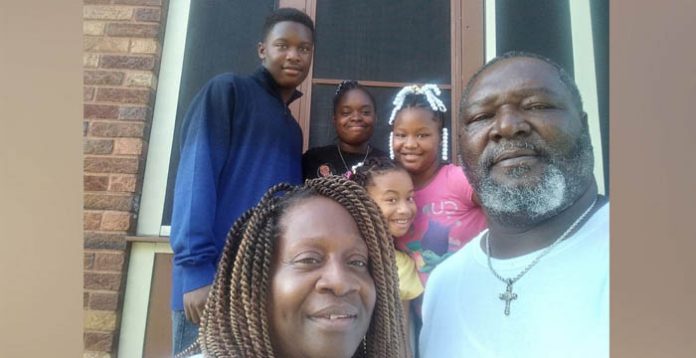 Exactly one year after their 2014 wedding, Karen and Tobias Thompson adopted Wilnya and William, twins who are now 14 years old and Karen’s niece and nephew. Karen told “Good Morning America” that they “truly had nowhere else to go.” After obtaining their parental license in 2017, the pair adopted William and Wilnya’s younger sisters, Sharnia and Sharleathea, twins who are now nine years old.

Tobias told “GMA” that “we didn’t know anything about them until the supervisor told us.” “However, I thought, ‘We might as well go ahead and get them.'”

An ab-ndoned house was unthinkable for the Thompsons. They have a total of seven kids from previous relationships, as well as 28 grandchildren and three great grandkids. It’s why they claim that raising four children in two separate periods of life hasn’t been too difficult for them. Karen explained, “There are always youngsters at our house.” “There’s never a house that’s uninhabited over here.”

They claim that there is a significant difference in the kids from when they initially came to now. “When they first came here, they were quite timid,” Tobias remarked. “They’ve gone through a lot,” says the narrator. Karen remarked, “Now you can’t get them to stop chatting.” “I believe they were all in need of someone to adore them.”