Elderly Man Gets Declined At Shop Checkout, Then Cashier Sees His Hat And Changes Everything – Video 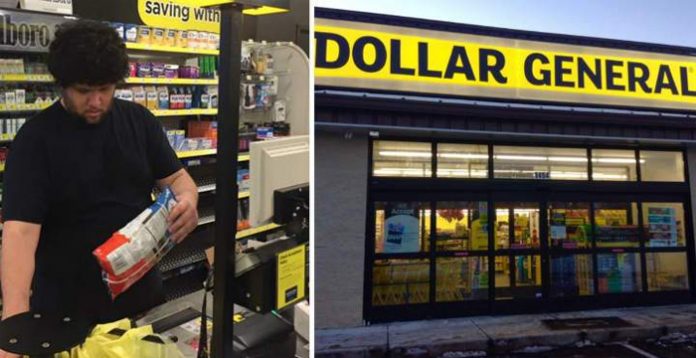 Jacob Wittman, a cashier at a Dollar General in Sallisaw, Oklahoma did something incredible which made him become a huge talking point after his kind act at work was posted on social media. An elderly man had forgotten the password of his card. However, the cashier saved his day by stepping in for help selflessly.

All this was witnessed by a passerby named Tim McKellar, who later posted the whole scenario on his social media page.

Tim writes: “I just witnessed one of the most impressive things I’ve ever seen and would love to share the story with y’all and give credit where it’s due. An elderly gentleman was trying to buy a few things at the Dollar general in Sallisaw, Oklahoma when his card was declined because he couldn’t remember his PIN. He tried a couple of different times when another lady offered to help him again with no luck.

That’s when the cashier Jacob Wittman pulled his wallet out and told the lady to scan his card which ended up working without any problem. The old man wearing his veteran hat was obviously confused and asked the kid if he had just bought his stuff totaling right at $20. Jacob said yes sir I did and you don’t owe me a dime.

Now, this kid obviously makes minimum wage or real close to it and probably didn’t have the extra money to spare. I thanked him for what he had done, asked for his name, and took his picture. Let’s give this Good Samaritan the acknowledgement that he deserves.”

The social media post also contained a photograph with all the information, immediately spreading, and soon everyone was applauding Jacob’s kind act. One commented: “Such an awesome act of kindness. Sending you a big hug and many blessings from miles and miles away.” Another one wrote: “Jacob, you are a good-hearted young man. Thank you for helping the elderly and veterans. God bless you!”