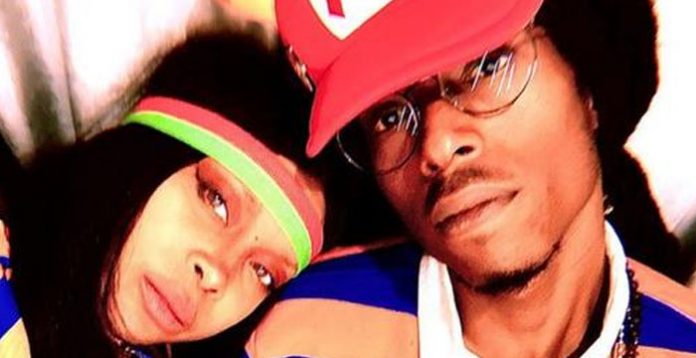 Singer Erykah Badu recently sparked engagement rumours after she shared a photo dump along with a sweet message to her partner JaRon Adkinson. In one of the pictures, both of them were seen wearing matching rings made of green fabric that resembled an engagement ring. Erykah captioned the pictures saying – ‘Right now, Moon covers the suns eyes forcing it to use other forms of vision.

Here’s to my GUY & Setting intentions, Breathing easy, moving in unison, finely blended family harmonics. Thank you. Thank you. Thank you. Happy to be here on this school called earth.. with you.’ She even tagged the 27 years old JaRon. Although neither of them confirmed the rumours about their engagement, Erykah’s fans believe that the picture is enough for them to know that she’s engaged. The picture caught the attention of many celebrities, and a few of them sent the couple good wishes.

Although the story of Erykah meeting JaRon is unknown, the ‘Bag Lady’ singer, who turned 50 recently, started sharing pictures with Jaron. The pair were first spotted together at Martha’s Vineyard when Erykah attended former American President Barack Obama’s 60th birthday party. While there is not much information available about JaRon, his Instagram bio says that he is a songwriter, audio engineer, artist, music producer, and author based out of Texas.

There is not much known about his dating history, while Erykah has been linked with celebrities like The D.O.C, Carl Jones, André 3000, and Jay Electronica. She also has three kids named Seven, Puma, and Mars from her previous relationships.