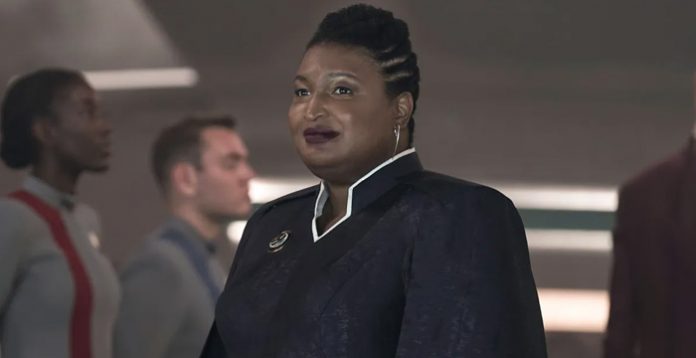 Stacey Abrams from Georgia might be running for the Governor of Georgia, but after her recent appearance in the Season 4 Finale of the show Star Trek, her fans now want her to become the president of the earth. The producer of the show said that everyone was so surprised because nobody expected her in the show.

He also said that the entire cast was fangirling over her.

Sonequa Martin-Green, who stars in the show, said that Stacey was very cool and that it was an absolute delight to work with her. Stacey said that she is a big Star Trek fan. The producers of the show were looking for someone who’d take up the role of the president of earth, and then they realized nobody would do it better than Stacey Abrams herself. In the scene in the show.

Stacey is seen walking out to meet the federation President, who invited her to discuss earth rejoining the Federation, and Abrams is seen saying that the United Earth is ready to join the Federation now. Stacey Abrams had been in highlights after she played a major role in getting many to vote in the 2020 presidential elections.

She has also worked towards increasing the turnout ratio at the electorate, and so far her campaign has helped more than 200,000 new voters in the 2020 elections. She also said that she wants to be the President of the US in 2040, and so she needs to start working for it already.