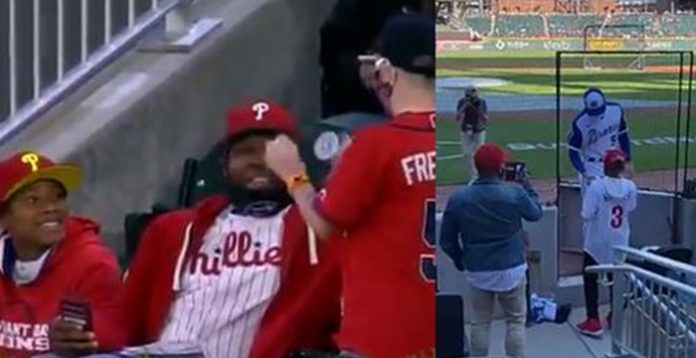 The beauty of any game is that regardless of whatever team you support, the common factor that you love the game connects you. The same goes with this heartwarming incident that happened at the baseball match between the Phillies and the Braves.

During one of the matches, the home opener, Freddie Freeman, cru-hed a home run. Joshua, a young Phillies fan ended up with the ball. What caught everyone’s attention was that, instead of throwing it back, Joshua decided to share the ball with another young Braves fan. Everyone including Freeman was impressed.

Freeman decided to surprise Joshua with a baseball autographed by him and Phillies player Bryce Harper. Joshua and his father had traveled thousands of miles, all way from Guatemala so that they could watch their favorite team play.

Joshua’s favorite player Ronald Acuna Jr had also crushed a home run. Joshua’s reaction to it had melted hearts, and Ronald himself responded to the viral video and said that people like Joshua cheering up for him is the best part of the game and thanked the little boy for his support.

Ronald also met with Joshua and his father in person and had a conversation with them.