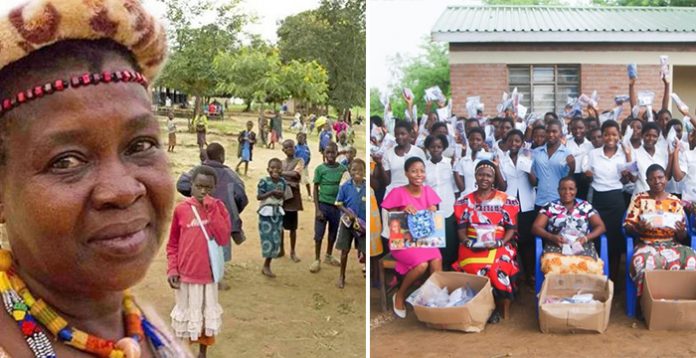 Chief Theresa Kachindamoto, tribal ruler of the Dedza District in central Malawi, is on a mission to end child marriages in the Southeast African country since 2003.

Although her mission has not been an easy one because she was faced with strong opposition from traditionalists, over the past 16 years, Theresa has stopped about 2,600 child marriages and sent the underage brides back to school.

According to a report by UN Women, Malawi has one of the world’s highest rates of child marriages since almost half the girls there are married off before the age of 18. This practice stops young girls from getting an education, and they find themselves again in poverty.

However, with Theresa trying her best, many underaged brides have returned to school. She ensures that financial issues do not stand in the way of the girls pursuing education. In cases where the girls cannot afford the costs of tuition, fees, books, and uniform that, according to Marie Claire, amounts to $60 per year, the chief helps them out with money from her pocket.

Through 5 long years of persistent demand, Theresa and her allies managed to get Malawi’s parliament to pass a bill that raised the minimum age of marriage from 15 to 18 years for both.

She says, ‘It is good that the law is on our side now, but enforcing it remains a big challenge.

In many areas, people still believe a girl is ready to have s-x and babies when she reaches puberty. We have to eradicate these old ways of thinking.’

While many locals believe Theresa, who has five sons, champions young women with such a passion because she has no daughters of her own, she believes the credit belongs to her father and how he raised her.

She said that when she was young, she never liked going to school, but today is grateful that her dad educated her. Theresa has bigger dreams. She said, “Eventually, it is my dream to have college scholarships and job-training centres to empower girls to fulfil their potential, so we will keep working toward that goal.”