He Took Both Of Our Pics For Picture Day Back In High School When I Was Sick.: Twins Share Hilarious Pranks In Honor Of April Fools Birthday: My Twin Is The Greatest 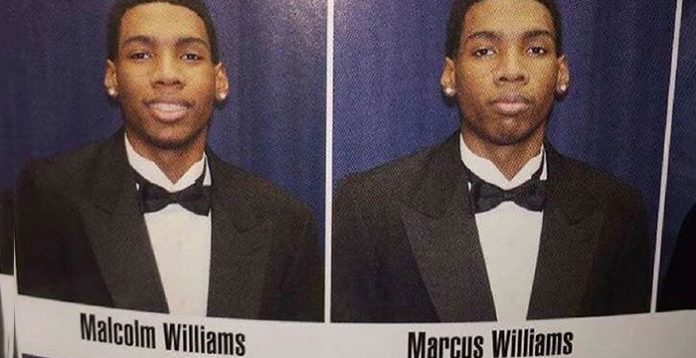 Marcus and Malcolm Williams are twin brothers from Greenville, South Carolina. They are both education majors and are enrolled at the South Carolina State University. Their parents named them after civil rights leaders Malcolm X and Marcus Garvey.

They were pretty known right from birth because they were said to be the biggest set of twins born in South Carolina and also because they were born on 1 April. Growing up, they heard multiple jokes about their birthday being on April F-ols’ day, and people told them all sorts of things like they were a joke and such others.

Funnily, these brothers lived up to their birth dates and have done multiple hilarious pranks. They have switched classes in their elementary school, went to work for each other, and even went to movies with just one ticket, and the list goes on.

They recently recalled one of their most hilarious pranks when they were in high school. For the yearbook, they needed to have pictures clicked but one of them was not keeping well. So he asked his twin if he could turn up to click his picture. He agreed although it wasn’t an easy task to keep a straight face while doing something that funny.

He somehow managed to get a picture clicked for his twin, and they got away with this for more than 2 years, and nobody even knew. Marcus and Malcolm said that there are a lot of perks associated with having a twin which includes healthy competition in every little thing that you do like seeing who finishes the race first or who finishes eating first and never being bored because you always have your twin to have endless conversations with.

The list is endless. They also added that they hope their story inspires other twins out there to do the same because ‘twins work smart, not hard.’