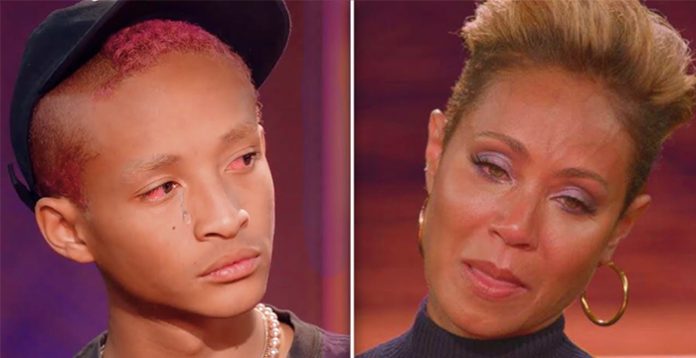 Jaden Smith made this mature announcement to his mother that he wanted to be emancipated and live by himself in 2015. Hearing this was a complete heart break for Jada at first But she realized that she had to let him go for good later.

“I knew that the sooner I was going to let him go, the faster he was going to come back.” But Adrienne, Jada’s mother totally disagrees with her. Of course she had her ways of parenting which can’t be bad while making Jada an example.

Likewise, Jada said “Every child needs something different,”. Living life as an individual is the way of living truthfully to oneself. From this point the act of seeking through the meaning of one as an individual will start to keep making sense.

It is not as easy as it seems in day to day world, where we tend to be emotionally blindsided by other people and this action might often get defeated by insecurities.

Jaden felt that as he had to stay away from their Hollywood bubble. Because being a child in the Smith family might be prosperous in one way. But the situations for finding themself would lack broadly for the children because people tend to see the child not from himself but his family. Jaden understood this through his life without any filters and he felt like making decisions according to it.

In the end, Jaden didn’t emancipate but he had given enough freedom to be responsible on his own.

Even though Jaden didn’t leave at that time, Jada remembers it as one of the most heartbr-eaking situations she lived through. Will Smith also told once that his son manages to find a balance and he is fearless.

The Smiths don’t believe in punishing their children too instead they let their children explain those actions and let them own the responsibilities for it. Jada even remembered talking to her husband about Jaden that they were lucky to have him around at 16 because he is so mature for his age.

At last, Jaden moved from his parents’ house to his new home in Hidden Hills. Ever since, he has had a close connection with them, being grateful for their broader way of perspective towards life.

His being away eventually made his relationship with a family move closer than before. “It just makes you appreciate being at home, being with your parents, spending quality time with your family,” – Jaden Smith

Deborah – My grandfather taught me that you will know how good or bad of a parent you’ve been when your children grow up and tell you.

Jordan – The fact that Jada thinks it’s ok to hurt Will publicly is beyond me. He has NOT publicly hurt her and she was just so chill about the relationship she first denied with August!

Danielle – Being a great actor a great rapper or being financially independent is not the unit of measure to determine whether or not your child has been brought up with what most of us refer to as proper upbringing.

An upbringing that teaches respect , dignity, compassion for others and good moral compass.

Mercy – Fyi: as a parent you are supposed to teach your children to be independent and take their own decisions even if they make mistakes. That is your job as a parent. Its part of loving them.