Jasmine Guy Reveals She Hid 2Pac In Her Home After Being Released From Hospital: “Nobody Knew We Were Friends” – Video 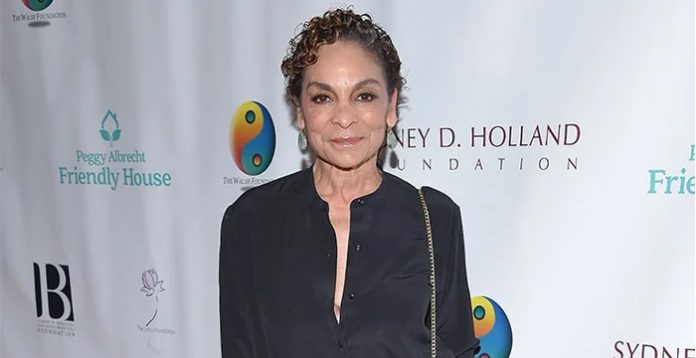 Jasmine Guy the American actress best known for her role as Whitley Gilbert-Wayne on the NBC The Cosby Show spin-off A Different World opens up on her friendship with Tupac Shakur. The rapper’s relationship with Cheryl “Salt” James, Jada Pinkett-Smith, Monie Love, and others are well-known and established but his unique bond with Jasmine is not much known to the world.

Jada began her part in the show’s fifth season and continued till the end, Jasmine on the other hand was one of the main characters and she remained throughout the show. The ladies’ friendship blooms on the show and continued after, depicting their relationship Jasmine’s wedding was held at Jada’s residence. Jasmine said to the Tamron Hall that she met Tupac in 1993 when he made a guest appearance on the show A Different World. As he shared a close relationship with Jada, he and Jasmine get along well and started to hang out gradually. She also appeared in his music video “Temptations” and after that, in 1994 he was wounded, unfortunately.

Jasmine recalled the moments where their friendship developed and she became close with his mother Afeni Shakur. She revealed that Tupac was admitted at the Bellevue Hospital after the incident, and the one responsible for the vulnerable incident was not known. But it was clear that his life is in peril, so the actress provided him shelter. As most people were not aware of their friendship, it was a suitable hiding place for him. This incident made Jasmine and Afeni Shakur share ideas together, Jasmine recollects telling her, “You know, you have a lot to give still”.

Jasmine suggested making a movie on Afeni’s life along with a speaking tour. But Afeni wanted a book to be published on “before and after Black panthers” and also her addiction and recovery from powder and medicine. Further jasmine continued that Afeni was steady in letting the people know her truth. According to Jasmine, this would be the 2004 biography of Afeni Shakur: Evolution of a revolutionary written by an actress. She states that “there are a lot of people like me in this world and they all should know they can get over and you can get through this”.

Jasmine also adds that there were a few incidents that she doesn’t want to include but Afeni insisted on adding it and said “we needn’t do this if we are not going to do this all the way, I don’t need the money I just want to tell the truth to the public”. Although the movie on Afeni’s life has not been materialized yet, Jasmine still has plans to make the movie.