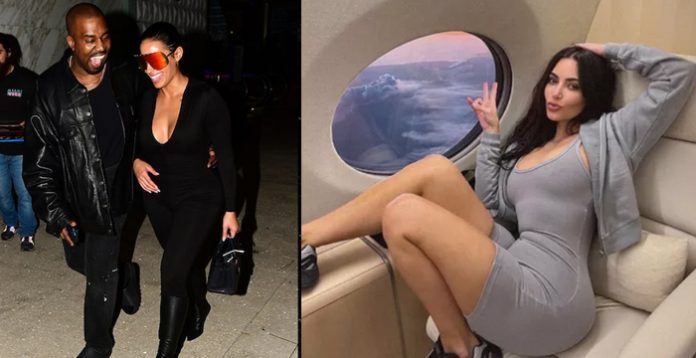 Kim Kardashian Keeps Her Chin-Up Living Luxurious Life Amidst The Kanye Drama While The Later Was Seen Trotting Around With His New Looks Like Kim Amidst all the drama that has been happening between Kanye and Kim, the latter is flying high these days.

Being a billionaire, she’s taken her massive wealth to a new level by spending down more than $95 million on a new private jet. Certain sources claim that Kim built the private jet from scratch, and it took almost a year.

Meanwhile, Ye’s been trotting out his new flame, Chaney Jones, more and more lately. Recently he was seen stepping out in public with her in full view, whereas earlier, he seemed to be trying to keep their relationship low-key. The parading continued, with Ye and Chaney leaving ZZ’s Club in Miami very early, and the two were seen coming down an escalator together, staring into each other’s eyes and then departing in the same SUV.

Ye still is very much trying to halt his separation from Kim at the moment and wants to get her back. It would appear that until he can have her to himself again, he’s willing to settle for Chaney, who put on display Saturday at the beach her physique which she showed off from the front and the back.

She’s got the amazing physique with quite the caboose just like Kim does. So it looks like that is what Kanye admires about her in the looks department.