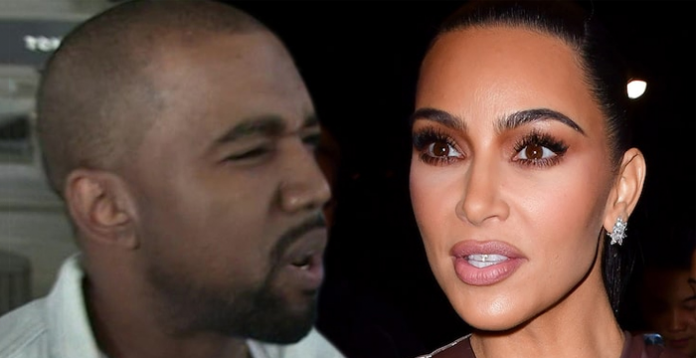 Kanye West sounds like he has gotten rid of a lot off his ch-est. His new song tack, Eazy, is aimed at his estranged wife Kim Kardashian and talks about his kids. Kanye’s track was released on Saturday. He has also mentioned Pete Davidson and spoke about wanting to beat his -ss. But Kanye’s main issue is about Kim raising their children.

Kanye and Kim have four children together. Post their di-vorce, Kanye was not allowed to visit his children and was not even allowed to attend his daughter Chicago’s birthday party last week. It was Travis Scott who had informed him about the location. Kanye thanked Kris Jenner, Corey, Kylie, and Travis for letting him in.

He also said that the security had stopped him at the door. Kanye spent about two hours at the party and was seen happily chatting with some guests. However, Kim sources claimed that she never wanted to exclude him that they had discussed having two separate parties, and Kanye was to throw the second party from 4 PM.

Right off the bat, Kanye raps, ‘How I ain’t bring nothing to the table when I’m the table. He then goes on to rap, “N****, we havin the best di-vorce ever// if we go to court we got together// matter of fact, pick up your sis, well go to Kourt’s together.”

He also spoke about Kim’s parenting style and said that the kids were being raised by nannies. He raps, ‘When you give em’ everything they only want more// Boujee and unruly, y’ll need to do some chores// rich-a-ss-kids, this ain’t yo mama house// climb on your brother’s shoulders, get that Top Ramen out.”

Just as anyone would have expected, Kanye also took a dig at Kim’s new boyfriend, Pete Davidson, when he said, “God saved me from that crash// Just so I can beat Pete Davidson’s a-ss.” He also gave a shoutout to his new girlfriend Julia Fox in the song. The song has been receiving lots of attention, and people all over have started pouring in tons of love.