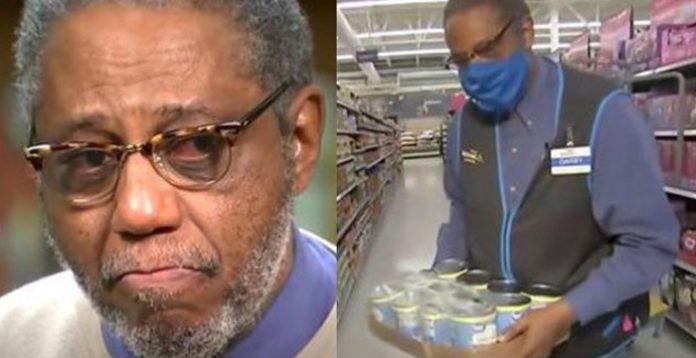 You understand when someone says things won’t go well now due to COV-19 because You also live through the same uneasiness, right? You are I are doing everything as we can to make sure to work things out. But this Gentleman brings us to understand our capacity can get pushed three steps ahead.

And to realize he didn’t do this for himself but his community; makes us wonder more about him and his actions. Eventually It all added up and certified to a generous offering because of his hard work.

Henry Darby, the high school principal of North Charleston High School, South Carolina community, puts his all effort into the welfare of his community. He grew up in the same town as his school and already created sound friendships and touching bonds with everyone around there. Unlike the many developed community, his community has 90% of families from the poor bottom line. And in COV-19, things won’t go easy as before. To transform the studies to be applicable for all, he needs a bundle of money to sort things out. The beloved principal understood this and decided to work a night job.

He took a graveyard duty at Walmart to stock shelves and continued to be a Principal in the morning.

He used the money from the job to make sure every student attains their education even in those hard times. He didn’t let anyone know about it because he believed it was his duty but not a pride attempt for his reputation. Differently, he is the Batman for his community. ” I get a little emotional because when you’ve got children, sleeping under the bridge, or a former student and her child sleeping in the car, or when you go to a parent’s house because there are problems and you knock on the door, There are no curtains and you see a mattress on the floor and these people need I wasn’t going to say No. At my Age, You know, We don’t ask for money. we just don’t need it, You just go ahead and do what you need to do. “

His colleagues and the students discovered his benevolent nature and the love he shows towards them with his actions then everyone felt so moved. The news reached the ears of Walmart. Walmart’s manager gathered everyone Henry is working for and presented a generous gift to the hands of Henry Darby.

The present consists of a 50,000 dollar check in the name of his school. Henry and his students were so happy to receive the gift and thanked Walmart for this kind and generous gesture. Henry Darby stated that he didn’t quit his job in Walmart even after this cause he wanted to make sure he did his best to the students. He continues working in Walmart and puts all the pennies of his own into the future of his community. He is happily stating he is hacking his sleep to only four hours between those two jobs in order of two and two hours.

Henry Darby is the Gentleman who is a living example; of how to live a human life that is supposed to be mean for future children. ” I know that my students will not always be in poverty. I know that because that’s what we are. America makes it better for everybody” HENRY GARBY, principal of North Charleston High School.

Trevor – I had a principal notice that I was very skinny back in elementary school. He started giving me free breakfast. I recently thanked him just a month ago. I attended the elementary school 30 years ago and I will never forget it. It meant the world to him and everyone involved that helped me track him down again, to hear a thank you from a student 30+ years ago. I still need to track down some teachers from my middle and high school years, and thank them as well. School was rough for me, but some educators really went the extra mile to help me as much as they could.

Denise – This man deserves a huge reward. People like him are the reason the world has goodness in it

Wendy – He’s amazing. He gives of his time, his money and most importantly from his heart. I’m sure he will be remembered by many as someone who has made a giant impact on their life!

Marissa – Why isn’t he being put to represent the Department of education in this country. He’s a man that is true our children. Love this guy.

Kathleen – You are such a wonderful man. You are a true hero, I hate when they Define sports figures as Heroes, because it’s people like you making a difference in people’s lives. Bravo!