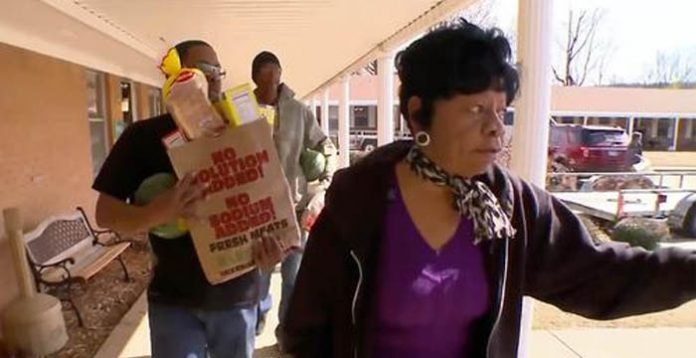 Charolette Tidwell, 69-year-old, has been receiving a lot of appreciation for her social service. The retired nurse has been using her pension to run a food pantry where she works for six days. Tidwell feeds 7,000 people a month in her hometown of Fort Smith, Arkansas, and hands out about 500,000 meals every year through Youth and Family Group.

The town of Fort Smith has suffered a huge loss after many factories were shut down. Even people who have jobs are paid low wages. Tidwell says she was raised in poverty, and she knows the struggles of not having enough money. After she retired in 2000, she started the charity after learning that seniors in her community were eating cat and dog food to get protein.

Tidwell said that she saved enough from her pension to get by and figure out the best deals on food to maximize what she could do. For more than 13 years, most of the group’s funding came from Tidwell. Over the years, many people have contributed to the service by making small donations. “I think if they have a persistence or purpose to come here, I have the obligation, to serve,” Tidwell said. “And to serve them in a compassionate, respectful way.”

People come and go bringing wagons with them to carry home the donations. Others come on bicycles and are very grateful that Tidwell helps them in a time of need. Tidwell now hopes to pass on her kind work to the next generation, and there is already one contender: a boy named Timmy who volunteers with his mom.

The little boy said that volunteering there makes him feel good because he gets to help people. Tidwell wants the work to carry on even if something happens to her. She says, “I just believe it will happen.”