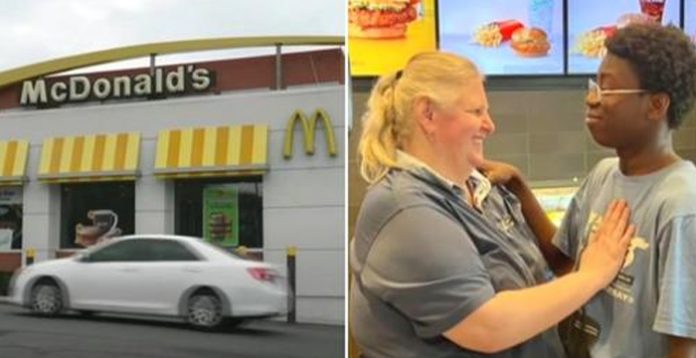 Here’s a story of a boy named Emmanuel Graham, whose life got changed by an assistant manager named Andrea De La Rosa at McDonald’s in Lynn, Massachusetts. In a conversation with CBS Evening News, Rosa said when the young man started working at McDonald’s, she started to approach him just like how she would with other teenagers who worked there.

Eventually, she got to know about how he had lost his parents and everything else about him and she was determined to help him.

Graham said Rosa treated him like her own child, and eventually, he became a part of Mama McDonald’s, as she’s known, a big family. It’s not just Graham. Another girl who works there also explained how Rosa was a mother figure to her because she never shared a good bond with her mother. She said Rosa is always there to give advice and patiently listens to whatever she has to say. Rosa said once you become a mother, there is no going back.

She also said dealing with teenagers is not just giving them orders but helping them with homework and everything else. Graham is all set to attend college now and thanks to Rosa. He will be able to attend college through a program called Archways to opportunity, which provides McDonald’s employees with free education. A few months ago, a McDonald’s owner-operator named Lindsay Wallin wanted to do something for Graham and Rosa.

She gifted Graham with a $500 Amazon gift card and surprised Rosa with a check that would help her pay for the tickets for a family vacation she dreamt of. Stories like this are always sure to strengthen our faith in mankind, while also reminding us to do our bit to help others.