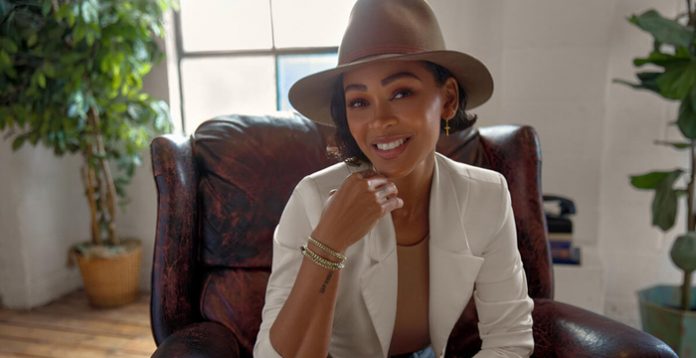 Meagan Good seems to have enjoyed her new role as a director. The ‘Think Like A Man’ star finished directing her first film called ‘If Not Now, When?’ She was initially all set to act in the project but, the director fell through and still wanted to make it happen. Good agreed to step up as the co-director and co-producer of the movie, along with her friend of 21 years, Tamara LaSeon Bass.

In the film, Good plays the role of Tyra, who gave birth to her daughter when she was 17. Good says that now that she’s older, she has dealt with many things of not having her family in her life and not having support.

Her character in the movie goes on to become addicted to opioids, and so friends come together to put her in re-hab.

They then go on to take care of her daughter.

Good and Bass directed the first week together, and then Bass was on camera for the next two weeks, and Good had to direct the cast alone. She says that on the first day of directing alone, she felt like throwing up and thought to herself if she would be able to do it. Goods now admit that she enjoys directing a little more than acting. She says it felt amazing to come without getting hair or makeup done and just with a hat and sweatpants every day and yet be creative.

Good also added that it’s fun to have the mindset of directors and how much she respects directors for their hard work. However, Good has not put her acting career in the backseat. She filmed A Boy. A Girl. A dream and The Intruder. She also said that she doesn’t intend to retire from in front of the camera but, if that happens, then she will be involved in directing.