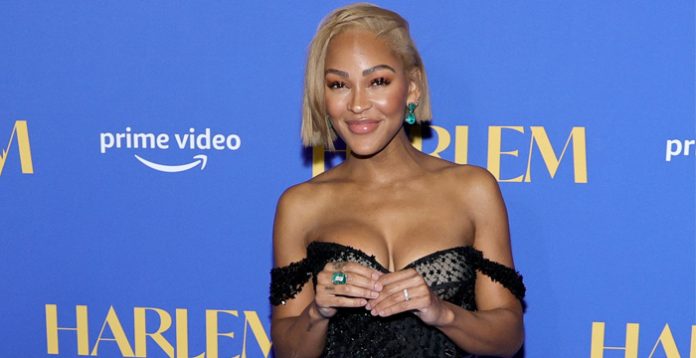 Meagan Good has carved a niche for herself over the years with her successful acting career. This has only been possible because of the way she takes care of herself. That dedication helped her even in her personal life. A regular gynaecology visit gave her a can-er scare. Her gynaecologist informed her about an abnormal tissue that could later become canc-rous.

Ever since she has been collaborating with several organizations to raise awareness about can-er. She said that the experience was scary because her grandfather leave this world due to can-er.

She also spoke about how important it is to stay healthy and to frequently visit a gynaecologist. Dr. Ginger J. Gardner, a gynaecologist said that it is important that women keep a check on common endometrial can-er signs like ab-ormalble-ding and pelvic p-in during menopause. Apart from this, Good is well known for her successful career. She has been a part of several shows and movies.

Apart from that, she has also worked as a director on several projects. However, she said that her favourite role was Camille from Amazon Prime series Harlem because it is similar to her personality. She gave a piece of advice to the young actors and asked them to give their best and not worry about the rest. She also said that she constantly is in search of peace because when she is at peace, she feels one with God. She also believes that the biggest purpose of one’s life is to help others.

Good also has been participating in the Spot Her campaign’s virtual walk. The purpose of the event is to increase awareness about endometrial can-er. She even encouraged her fans to take part in the event. One needs to use the #SpotHerEC allows participants to share awareness, and for every mile, one logs in, Eisai donated $1 to support people with endometrial can-er. Good said that she is just doing her bit to bring awareness amongst women.