Meet The Former School Custodian Who Is Now The Principal – Video 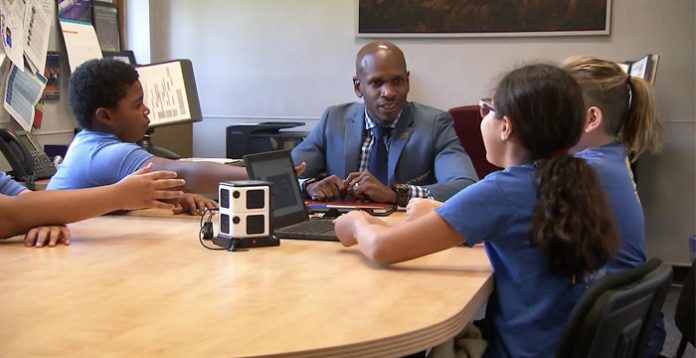 Michael Atkins, a former school custodian in Denver, is now the principal of Stedman Elementary School in Denver. Growing up, Michael never wanted to work in educational institutions but, after graduating high school after having a daughter, he knew he wanted to work with the kids.

He started to apply at multiple places as an assistant teacher but none of the schools offered him a job. When he couldn’t land a job as a teaching assistant, he had to settle down as a custodian at a local school.

That’s when he met his former secondary school teacher, who helped him by giving him a job as a writing paraprofessional in the school.

Michael said his secondary school teacher Carol had instilled a lot of good things in him.

While working as a paraprofessional, he worked towards earning a degree to become a teacher, eventually, he was promoted to assistant principal.

But his dreams were still not fulfilled until he finally became the Principal of Stedman elementary school in Denver. Michael was so happy, and in a conversation with KMGH, he said, don’t let someone else write your story, do it yourself.