Mom Grateful For UGA Players Who Stepped Up When 8-Year-Old Couldn’t Use Restroom. 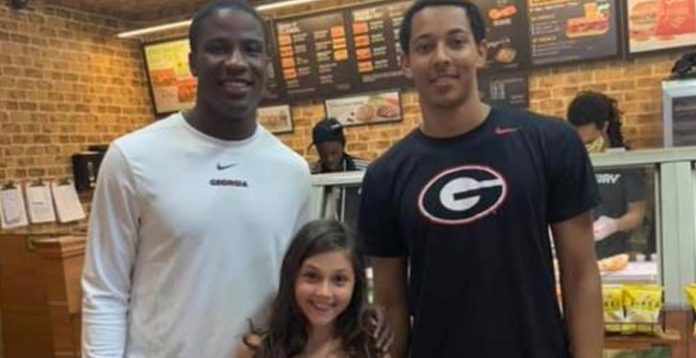 But the employees said that the restroom is only for paying customers but unfortunately Christie forget her purse. Luckily, Latavious Brini and Jalen Kimber stepped in and offered help. They brought a cookie for her daughter so that she could use the restroom. Christie explains that I’m very grateful for the timely help of the young players, I thanked them abundantly and rushed to the restroom.

After we came back from the restroom the players were still there and we had a nice conversation. Some people may consider it as a small thing, but this small act of kindness means a lot in this busy world. Most People often carry one with their daily activities, only a few people step forward and lend a helping hand. The two young college kids stepped in without hesitation to help us out.

The world needs inspiration like this, after all, helping others is the best way to make the world a better place to live. Finally, she concluded, “Thank you Latavious & Jaylen”!