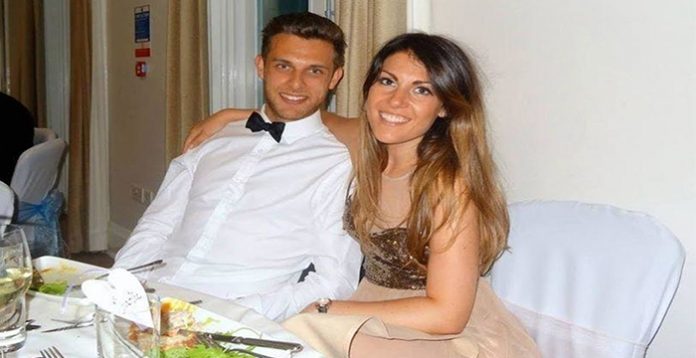 We often come across couples who believe that they’re destined to be together. While this sounds cute, imagine such an incident happening in a literal sense. Most people might not mean it literally but, this couple has a different story to share. In 2011, Heidi and Ed Savitt met while attending Newcastle University. They never met in the classroom since they took up different subjects.

They first spoke when Ed had just moved into the student house that was earlier occupied by Heidi. He spent days trying to use the dryer but, he could not. So, Ed decided to ask for help.

He saw Heidi’s name on a community board and messaged her to ask if she knew how to use the dryer.

Heidi agreed to help him and showed up, and that’s when Ed knew he had to ask her out.

After dating for about four years, they knew they wanted to be together forever. Their mothers were talking to each other when they realized they had so much in common. One of them began stories of the family vacations they went on, and Heidi’s mom told Ed’s mom about a vacation boyfriend Heidi had when she was six.

They eventually went on to talk about different things but, Heidi’s mother couldn’t get rid of the weird feeling that she had.Two weeks later, Heidi’s mom, kay, began cleaning her attic, which had plenty of memory boxes.

One of the boxes contained a dusty old photo album that had old photos they took from a trip to Gumbet. Kay happened to stumble upon a picture of Heidi with a little boy who had a blond bowl-cut and a gorgeous smile.

Kay felt chills when she realized that the little boy was her future son-in-law Ed. Kay sent a picture to his mother, Fiona, and she couldn’t believe it either. In a conversation with Mail Online, Heidi said, “I didn’t believe in fate before finding that out but, there’s no arguing with it – we’re destined to be together.” The couple got married at a manor house in Derbyshire.

The wedding ceremony was followed by a grand reception at Shiningford Farm with hundreds of guests. Both the families have now become closer and even go on vacations together with their siblings.