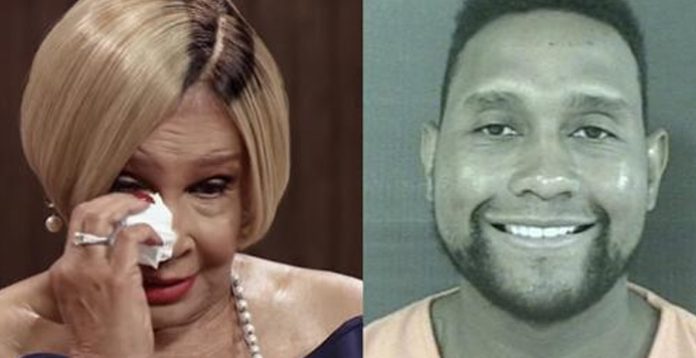 Miss Robbie might have a successful career, but her personal life is faced with many struggles. Things got even tough when her son got stuck in several legal issues, but through all of it, Robbie is trying her best to support her son. Robbie Montgomery, aka Miss Robbie, is a Mississippi-born and St. Louis-raised celebrity who started singing in church choir.

Eventually, she and two of her childhood friends decided to make a career out of singing and started singing backup for Ike Turner.

She released her first single in 1963 called Crazy in Love/ Pee Wee (B-side) under Teena records. Robbie then got diagnosed with a condition called sarcoidosis, which halted her music career. So she opened a restaurant called Pie’s, in St. Louis with her son Timothy Norman. The restaurant was a huge success and Robbie secured a reality show on Oprah Winfrey’s OWN. The series was a success earning two NAACP Image Awards for Outstanding Reality Series. Everything went fine until Robbie’s grandson Andre Montgomery Jr., lost his life, and it was revealed that her son Tim Norman was behind the incident.

It was charge that Tim had hired a dancer named Terica Ellis to hurt Andre. It was also revealed that Tim availed multiple life insurance on his nephew, Andre. At that time, Robbie had said that she was weak to make any statement. She also claimed that her grandson’s mother withheld her from seeing him owing to money issues. Six months after this, her ‘sister’ and best friend, Jessie Smith Lucas lost her life, and she was sad, but she persevered.

Robbie never shared a great relationship with her son Tim owing to a case between them over a trademark infringement after he opened other locations in California and St. Louis. In an interview with Black Enterprise, Robbie said she would always support her son and would stand by her family. She said that she didn’t know any detailed information other than through her fans. People have been appreciating her for showing unconditional love to her son.