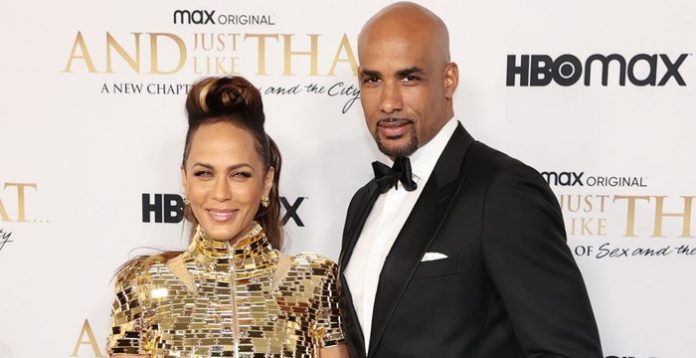 Any relationship needs to be based on friendship which can help lay a strong foundation in the long run. Often in marriages, the love fades after years of staying together, and it doesn’t have to remain the same every day, during such hard times, it’s the friendship that keeps the relationship going.

We often come across many celebrity couples who openly express their love for their partners – one such couple who recently caught the attention of many is Boris Kodjoe and Nicole Ari Parker.

Over the years, both of them have genuinely loved each other and helped each other through hard times. They’ve won the hearts of their fans by simply being themselves and by proving how the little things like going out on dates or complimenting each other could make a big difference in a relationship. Recently Boris posted a story on Instagram that featured a screenshot from FaceTime where he asked his wife Parker if she could keep shining her light on him for the next 20, 30, or 40 more years because it felt good.

She responded by saying that she was gonna shave her legs tonight. While this is simply adorable, this is not the first time this couple made us go ‘aww.’ From revealing their infamous prayer to the time when Boris surprised Parker on a boat or when Parker celebrated her hubby’s venture by calling herself his biggest fan or by celebrating their anniversary with a few locals in the city, they’ve always set relationship goals.

When asked about their bond, the couple said that their relationship is just like anyone else’s, but the only difference is that they take time out to do something fun which both of them enjoy doing. Parker said that the most important thing is to make your husband your boyfriend. By doing that, you would never be bored but always be excited to get back home and spend time with your partner. It’s the foundation that needs to be worked on.