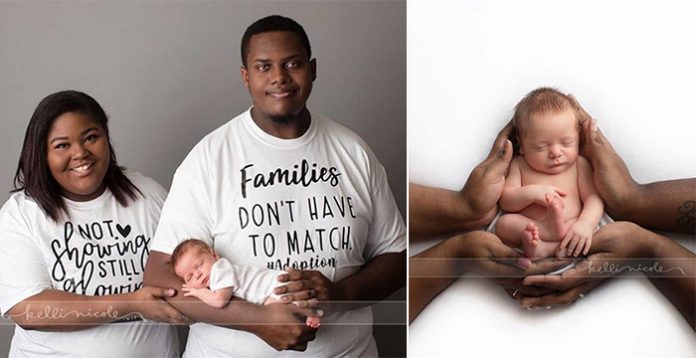 After a long tiring Wednesday, I went to my mother’s house at around 10:25 pm as my brother was in town. My entire family was going on a four-day cruise to Mexico, my husband, Jarvis and I stayed behind as we started a new job just a few weeks ago. It has been a long day and I had completely forgotten to bring a life jacket for my little sister.

I don’t want my little sister to go on a cruise without a life jacket so, we drive back an hour to get it. As my aunt was also going on the cruise we decided to take it to her house. On my way to my aunt’s house, one of my best friends texted me.

She asked, “Are you asleep?” I said, “Nope. On my way to my aunt’s house to give Nevaeh’s life jacket as they are going on a cruise.” Then she asked, “oh, I just want to ask if you guys would adopt/foster a child.” “Yes, of course. But the cost associated is note more than IVF,” I said. “One of my friends and her husband are looking for foster care or adoption for their son. So I have suggested them your names.” She said.

Jarvis and I have been planning to conceive for quite some time. On October 2017. I had my IUD taken and since our wedding in January 2018, we have been actively trying. We have gone through everything, including prenatal vitamins, Fertility monitors, Ovulation tests, cycle tracking apps. We have also tried the unsought advice from our family and friends. It has been nearly 14 months we tried everything, prayed, and waited. But nothing seemed to work out, month after month we just had a negative pregnancy test. We thought we would need assistance to conceive. We even talked to doctors about it.

Every doctor I saw said, “You will get pregnant once you lost weight.” I have been trying on my own to lose weight but it doesn’t work out so I sought other options. I had my gastric bypass sur*gery in February 2019. In the first months, I lost 28 pounds. Although my surgeons advise me to wait for 18 months before conceiving, I wanted to get pregnant anyway.

Then I visited my OB/GYN and she was very proud of me. She said if I didn’t conceive within six months then she would refer me to a fertility specialist as she couldn’t prescribe me the fertility medication. Finally, we got something other than no I was happy and delighted. Although it was not right now we were thrilled.

Even after hearing what my OB said, I was still hurt. I wanted to be a mom desperately and it was the only thing that I ever wanted. More often I felt like I was born to be a loving mom. My sur-geon took a lot of time to tell me how fertile I would be after my sur*gery, but despite not preventing I was still not pregnant. Finally, we had to give up. We acknowledge the fact that we could only be uncle and aunt to our nieces. After a week, my best friend texted me. I talked to my mom on Thursday as she got on the cruise ship.

From there she lost signal and I couldn’t contact her for four days. She was unaware that when she come back she would be a grandma.

Then on the same day, I received a call from the caseworker. She said, “The mother of the child asked if we could foster the child for six to 12 months during her treatment.” My husband and I discussed it and we agreed. We were just concerned about how we would look after a child for nearly a year and not get attached, however, we decided to help the mother and the child in need. Then on Friday afternoon, we got a call from the caseworker again. She said,” the birth mother would like to adopt her child to you guys instead.”

I said loudly, “Holy crap!!” From not having any kids to the possibility of fostering a child and finally we became parents overnight. I continued listening to the caseworker still in disbelief. Immediately I hung up the call and called Jarvis. I told him, “Babe they want us to adopt the baby, we could be the parents of the baby.” He said, “Really, I thought they want us to just foster the baby.” “Nope, the mother wanted us to be his parents,” I said.

At that time. I was at work standing in front of the elevator. But I don’t know how I had slumped down and ended up in the middle of the floor.

I was happy, surprised, and delighted. I had so many things running in my head. Holy cow, we need clothes, we need a car, and we need a crib!!! I’m gonna be a mother! I was smiling broadly and people around were staring at me as I was sitting on the hospital floor. We tried playing cool during the weekend, trying not to hold our hopes high, just in case the birth mother changed her mind. In the meantime, I called an attorney and learned about the adoption process. I received all the information we needed for adoption and then we waited. It was Monday and we didn’t hear from them. After a while, child protective services called me.

He said, “Hi, we received a call from the birth mother and she wanted you to adopt her baby. As they wanted an independent adoption, it wouldn’t be necessary for the child to come into our custody. They are ready for the paper works and how quickly can you get your attorney to finish the paperwork? “Let me discuss with my attorney and I will get back to you,” I said. “I called my attorney and asked, “ Good Morning. The child’s parents are ready to sign today. How fast can you get the paperwork together?” She said, “I could get the paperwork drawn by tomorrow at 9 a.m. and you will need two witnesses and a notary to sign.” “That’s great! We would meet them tomorrow at 10 in the morning,” I said.

During my lunch break, I rushed to my mom’s house. They were just back from their cruise and finally I had my chance to share the good news. I got into the house and shouted, “You are going to be a grandma!” we are going to adopt a two-week-old boy”.

On hearing what I said my mom jumped with joy! It was Tuesday, the papers were signed by the birth parents. As soon as they finished shining the papers Jarvis and I got in the car and rushed to the hospital to meet our little boy for the first time. We reached the hospital, parked our car, and walked into the hospital. The security greeted us and asked, “Please show me you’re IDs, where are you guys going? Jarvis proudly said, “We are going to the NICU to see our son!”

Our little boy was born seven weeks early at 33 weeks. He was small 4 lbs., 5 oz. He was contained literally in one of my husband’s hands. We headed to the NICU and were stopped in our tracks. The nurse said, “Put on the gown and wash your hands.” “I couldn’t wait to hold my son!! Once we finished scrubbing, we walked into the room to see our son. He was so tiny, wrapped in a white blanket that had blue and pink stripes. As he was premature he had an NG tube from his nose that would help him eat. But, he was cute and adorable. We reached home and shared that we adopted a baby on social media.

Notifications and messages began flooding, “do you need anything? I have this, I have that. Make a list!” they said. Then we added 72 items. And 55 items were bought during the first three days. We had a lot of supporters right behind us. From that point, I used to go to work from 8 to 4:30 p.m., and until 10 p.m I would stay at the hospital. And all the staff in the hospitals started recognizing us. Everyone from the security at the front door to the nurses knew us. Each day we spend as much time as we could with our little guy. And One day I noticed a red mark on his face.

The nurse asked, “Did you notice the difference?” “Yeah! What’s the red mark on his face?” then I realized his feeding tube was not there I started sc-reaming “His feeding tube is gone!” “The red mark is because the tape is removed,” I said. The nurse then explained, “Yup! Now he can take food by his mouth and he is eating well.” She then added, “Tomorrow bring his car seat when you came for the car seat test, soon he will be ready to go home.” The next day we came with the car seat. And the nurse stopped us at the door and said, “We want you to watch a CPR video as he going home tomorrow!” We are so excited and wished tomorrow would come fast. Finally, the most awaited moment of our life came.

All-day long we had been preparing for his arrival, setting up his Crip, installing his car seat, hanging up new clothes. After that, we headed to pick up our son. When we reached there, they provided information on how to take care of the newborn baby and they also made sure we scheduled a pediatric appointment. Finally, they said, “He is ready to go!” we put our little son Ezra in his car seat and walked towards the door. We went downstairs and waited for Jarvis to get the car. I was looking at the security guard over there, to hear “CODE PINK!” from him, it is a hospital term which means a newborn baby is taken from the delivery area and the labor. But, nothing happed, no one looked at us. So we got in the car and drove back home.

The struggles in infertility. Now, I realized why nothing seemed to work out for us. God has already planned this for us from the beginning and we didn’t know that. I’m glad that he knows what we needed better than us.” “Not showing, still shinning!” Grateful doesn’t describe how we feel to have our son. We were planning for something and God has changed the game entirely. We came to know about our little boy when he was 1.5 weeks old and we became parents overnight. It shows, Families are built on LOVE and they DON’T have to match.