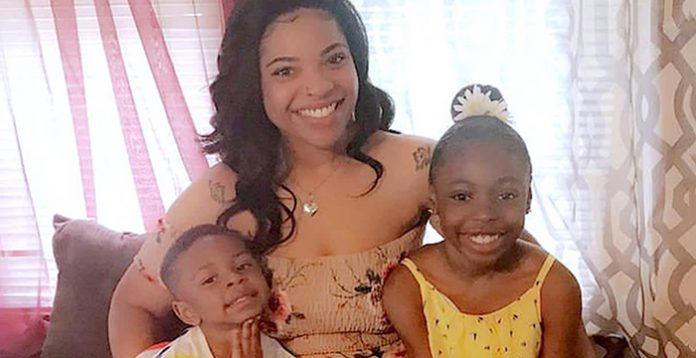 A 31-year-old mother, Kertisha Brabson of Alliance Ohio was living happily with her two adorable children. But in 2018 life took an unexpected turn.

In the beginning, she used to feel anxious and become ill sometimes. Then slowly she face difficulties in verbalizing and had a feeling that something was wrong with her health.

But she had any diagnosis. Later when she went to the hospital, she started having seizures and eventually slipped into a coma.

After that, it was known that she was struggling with an autoimmune disease that affects brain function.

“It was insane, my daughter’s body was deteriorating right in front of my eyes and I felt completed helpless,” Kertisha’s mother Kertease Williams told WJW Cleveland.

Months passed and she started having seizures frequently. She used to get nearly 20 seizures a day and we also had to transfer her several times while she was in a coma.

Eventfully the doctors also started speaking about pulling the plug as they said Kertisha was already brain de-ad. But, Kertease was obstinate and refused what the doctors said.

Finally, Kertease transferred Kertisha to The Ohio State University Wexner Medical Center and for the next four months, she remained there.

Kertease continued praying to God to show her a sign of hope and the doctors at Ohio State University were not ready to give up. Then in the month of April, an absolute miracle happened, after seven months of being in a coma Kertisha woke up.