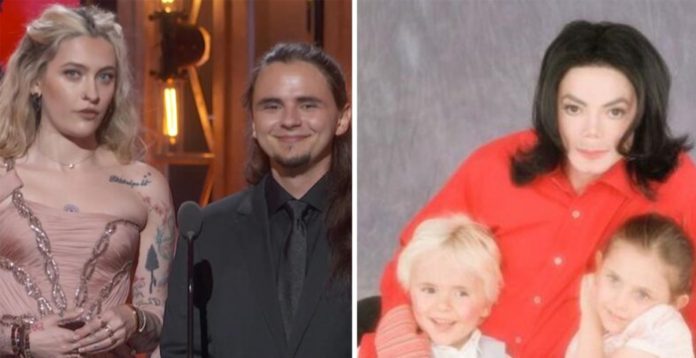 Paris and Prince attended the 75th Annual Tony Awards at Radio City Music Hall in New York City, where they presented a performance by the cast of Michael Jackson: The Musical, a jukebox musical about the ‘Thriller’ megastar. “This number demonstrates that artistic thinking as he builds a dance routine to one of his best-loved hits, step by truly memorable step,” Paris continued.

She went on to say, “Drawing on some of the factors who greatly inspired his distinctive style.” “As a result, it is with great pleasure that we introduce Tony nominee Myles Frost and the incredible cast of MJ.” Prince is said to have attended a performance at the Neil Simon Theatre in December. It “blew him away,” according to a source.

“Prince was incredibly sweet. “He kept on saying, ‘Amaze,’ and speaking about how much he enjoyed the show, the effort, and even the visual identity,” a source said at the time.