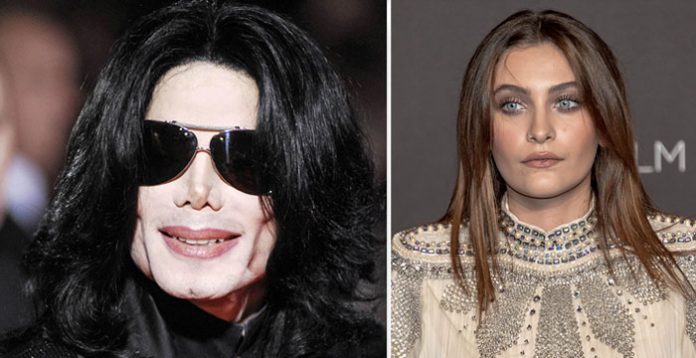 At the age of 11, Paris Jackson spoke these words: “Ever since I was born, daddy has been the best father you could ever imagine. And I just wanted to say I love him so much” at the fu-neral of her father, Michael Jackson. It’s heartbr-eaking to lo-se a father at a very young age.

And for Paris and her brother, it was even sorrier as the mainstream media wanted to know more about Michael Jackson through them.

All of a sudden they received huge media attention. MJ has cared for and protected his kids’ privacy, and now, they are under huge limelight. After he was no more present, his kids were legally given to his mother, Katherine Jackson. Paris lived with her until she turned 19, after that she decided to move into her dad’s private studio at the family compound.

When Paris turned 23, she opened up about Michael Jackson in a YouTube interview with supermodel Naomi Campbell. And also talked about her modeling career, her new album.

The young model and musician released her first album Wilted, which is an indie-folk album. According to Paper, Paris said: “It’s mainly just a story of heartbr-eak and love, in general, and the thoughts and feelings that come after it doesn’t work out.” She also added how she is inspired by her father’s music. She clearly inherited his talent.

She said, “My dad was really good about making sure we were cultured, making sure we were educated, and not just showing us like the glitz and glam, like hotel hopping, five-star places.” “It was also like, we saw everything. We saw third-world countries. We saw every part of the spectrum.” Paris stated that even though his father was the King Of Pop and was rich, he still didn’t let them have everything on a silver platter. Rather, they understood that to become something they had to earn it.

She said, “Even growing up it was about earning thing. If we wanted five toys from FAO Schwarz or Toys ‘R’ Us, we had to read five books.” “It’s earning it, not just being entitled to certain things or thinking ‘oh I got this. It’s like working for it, working hard for it, it’s something else entirely, it’s an accomplishment.” In 2010, Paris disclosed her childhood experience at Neverland and told Oprah: “I kind of felt like no one understood what a good father he was, he was the best cook ever. He was just a normal dad.”

“He made the best French toast in the world,” Paris added.

When she was in seventh grade, she went to private school and that’s when she began spending time with friends who were quite older than her which ended up her doing a lot of things that kids her age shouldn’t do.

However, now she’s a completely different person. Focusing her career on both music and modeling and no doubt she is very successful at what she does. Paris Jackson still remembers his loving father, Michael Jackson. She also has inked herself to dedicate to her dad and says that she still feels his presence. According to Rolling Stone, Paris said, “I live life with the mentality of ‘OK, I missed the only thing that has ever been important to me.”