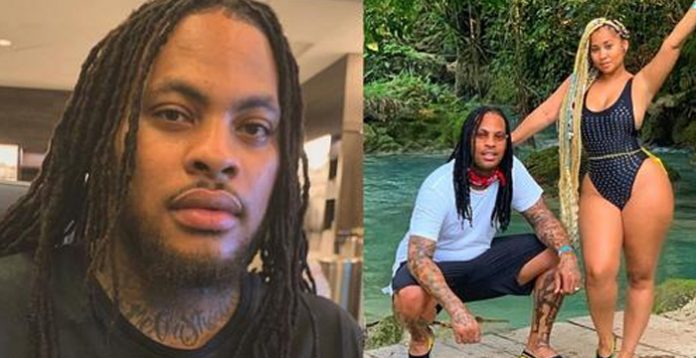 Looks like rapper Waka Flocka has finally moved on from his former wife, Tammy Rivera. Waka, who was born Juaquin James Malphurs, gained a lot of attention after he spoke about his love story with Tammy. He said he first met her in Miami, where she was walking in a peppermint dress, and that caught his attention.

Tammy also said that the ‘No Hands’ rapper had told her that she would be his wife the first time they met, and three years later, they got married in an inti mate ceremony.

Tammy wanted to have a grand ceremony when they would complete their five-year anniversary, and just the way she wanted, the pair renewed their wedding vows in Mexico after five years. However, shortly after that, they announced their sepration. It was said that Waka was charge of infidelity, and Tammy said that he wasn’t consistent. Waka said that although he knew Tammy was the one, he wanted to know how much longer he could have fun and then realized that he needed to stay away from her to slow down and reach his goal.

Six months later they reconciled. However, rumors started circulating that they seprate again, and in March 2022, through an Instagram live session, Tammy confirmed that they were not together anymore. In an interview, Waka called Tammy his ‘best friend.’ Although it’s just been a few months after their separation, Waka tweeted something which made his fans wonder if he has already moved on.

He tweeted – “Am I wrong for hiding my girlfriend or smart for protecting real love?” However, Waka later clarified saying he just wanted to ask a question and that it was a typo. However, his fans didn’t seem to take it well. One user asked if this is true love was Tammy a test drive? Another one said, “We don’t wanna see that gworl if it ain’t Tammy.” Looks like Waka might want to hide his girlfriend.