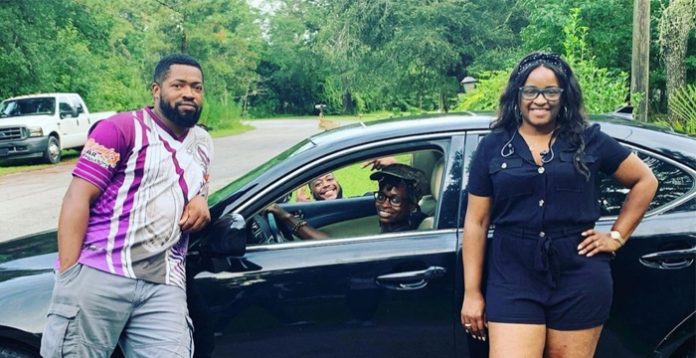 When Elliot Middleton, the owner of Middleton & maker Village BBQ in Awendaw started repairing cars to give away to members of his community, he never knew that his act of kindness would have caught the attention of WLTX, the CBS affiliate in Columbia, South Carolina. Middleton started repairing cars and gave them away to the residents in the rural area since they have limited access to public transportation.

During the holiday season, Middleton formed the Middleton’s Village to Village Foundation 12 Days of Christmas car giveaway, with a car being donated each day. To date, Middleton has given away over 60 cars.

After his story went viral, he received about 800 cars that had been donated by people.

He described the response as ‘soul-soothing’ and said, “Whatever glowing feeling is inside me, it just is transferred from that TV screen and went inside them.”

He also says that if one pushes the iron first, there are people behind who would help you push the iron too.People couldn’t thank Middleton enough for his support. “You have no idea how much this means to me,” said Aziare Green, who received a 2006 Honda Civic during the giveaway.

Jacque Woodall – What a caring and helpful way to pass on his prosperity. A hard working man who works hard for others, as well.

La Tochia Walker-Williams – That’s wassup keep doing God’s work. We need so much more of that these days

John Mckenna – We need more great Americans like this guy ! Helping others and showing real compassion for those less fortunate. Thanks man !

Katrina Hudson Smith – Can’t even read the article!! I click on it and then an article appears about giving the best gift for you and your love ones!! UGHHH…