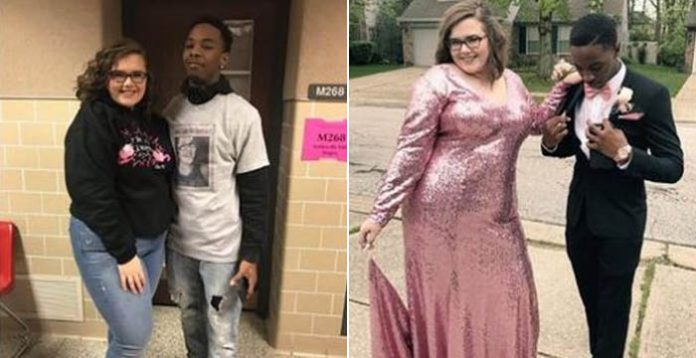 Being readily swayed is one of the cliches associated with youth. When teenagers are challenged in front of their classmates, they frequently join in on the persecution and submit to peer pressure. For one young man, though, this was not the case.

As a teenager, prom night, which is supposed to be one of the finest evenings of high school, has a lot of aspirations and desires. Tre Booker and his girlfriend Madison were in this situation, looking stunning and put together in matching attire. Madison looked gorgeous in a glitzy pink gown, while Tre looked dapper in a tuxedo with a matching pink bowtie and corsage. The two decided to share their prom images online since they were so happy with their fantastic prom outfits.

While many of the couple’s friends spoke well of them, not everyone was so kind. Madison reacted to the anonymous user, deeply saddened:

The two’s adorable interactions caused them to go popular. Many people cheered Tre and remarked on Madison’s stunning appearance in her shimmering gown.

Don't see how people can be rude to people they don't even know pic.twitter.com/wx7cu7OGgp

As Madison and Tre’s incident proves, there will always be people who wish to put a damper on your celebration. The ideal approach to those folks, much like this young couple, is to raise one another up, complement each other, and acknowledge what makes us unique. Shun the doubters and they will eventually disappear.