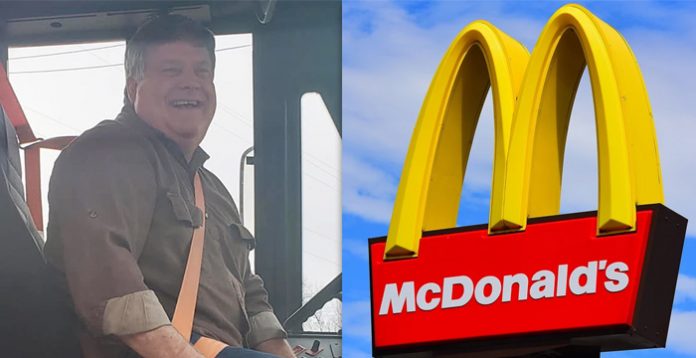 Despite driving a school bus for five years, Wayne Price is motivated by his faith to succeed in all that he does. Price received a phone call one fine morning, the penultimate week before Montevallo, Alabama, schools closed for the winter break, informing him that his school would be starting two hours later due to the awful weather, which included slippery roads and fog.

School suspensions and closures are a source of joy for many kids in other areas.

However, Montevallo’s delayed opening means that many students will be unable to have breakfast in the school cafeteria — or any early meal at all. According to statistics from the 2018-2019 school year, 75 percent of Montevallo Elementary School’s students participate in the National School Lunch Program, a federal programme that assures kids from low-income households may eat meals for free or at a discounted price throughout the school day.

When Price learned of the delay, he was already up and realized the ramifications of breakfast being missed for Montevallo’s elementary, middle, and high school kids. In Campbell’s words, “For many students, that means they will go hungry.” “It says a lot about [Price’s] attitude towards the societal needs that he was aware of it.”

Price had an idea after picking up the phone that perfectly embodied the generosity. Before starting his customary route, he stopped at a nearby McDonald’s for sandwiches… and one for each of the kids aboard the bus. “When I arrived at McDonald’s, I asked the staff, ‘Can you turn around 50 sandwiches in 15 minutes and offer me the best bargain you can?’ Price told TODAY Food, “He gave me a few dollars bargain, and we simply flipped it around.” “They worked really hard with each other.”

This act of goodwill, according to Price, was not spontaneous nor entirely motivated by the Christmas spirit. Price told TODAY Food, “I’m motivated by belief and Jesus.” Price left his job as a carpenter in 2003 to work with the Youth Ministry. To be a part of society, he became a van driver for a public high school in 2013, and he maintains to work with various organizations in the region. Price is a counsellor to youth organizations and arranges teen and university student excursions to serve on Navajo reservations in conjunction with his morning and afternoon pickups.

“When the students got on, I replied, ‘So, what are you looking for?’ Sausage? McMuffin?” With a big laugh, Price told TODAY Food. “I received some wonderful kids, and I became quite close to them… they were quite grateful.” I’m not sure. I adore my children. I received several fist pumps, high-fives, ‘Love you, Mr. Price,’ and ‘Thank you, Mr. Price.'” Christmas, according to the bus driver, is all about offering in the holy spirit. And he did give.