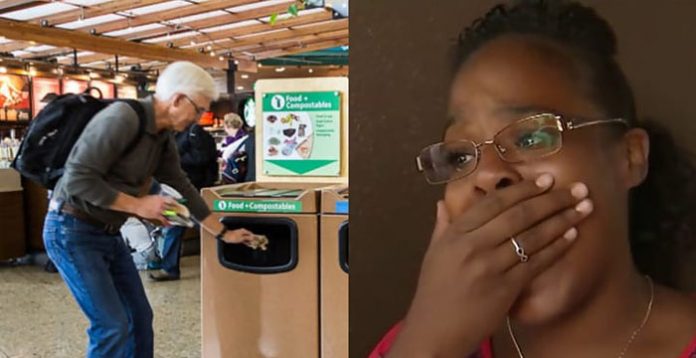 Conversing with Fox 13, “Hernandez recalled the incident at St Pete–Clearwater International Airport- Florida. She recalled she and her boyfriend had to board a flight to Pittsburg. While, at the airport, an old man Michael Moore caught her attention. Michael Moore was excited as he was leaving for his home in Ohio.

He wanted to reach home quickly to be with his family, especially a five year old girl, whom his family had recently embraced. His security check went on fine till he was barred from carrying a personalized snow globe as the same failed the TSA guidelines.

The personalized snow globe ball was momentous for him as the same was gifted by his Parents to commemorate a joyous family moment. It had the photo of her new daughter on one side and of her grandparents on the other. He tried to persuade security check to let him put the same in “Lost and Found”. He knew that the personalized snow ball would easily catch his old parents’ eyes and picked up by them as they got it uniquely engraved. It read – We love you Katie, Nana and Papa 1/25/16’, it played the English folk song Green Sleeves.

The security denied his appeal and instructed him to “Put in file 13” as they pointed towards the trash can. Agonized with his present situation at Airport, Moore’s eyes were filled with teas. Reluctantly he disposed it in the trash can. Moore was not aware that he was being watched by a warm hearted young couple.

Hernandez remembered watching Moore’s struggles with the security check. She was determined bring tears of joy in his eyes She told Fox 13 –“He was about to cry,’ ‘I want to make those tears come back as happy tears.’ She and her boyfriend decided to cancel their flight.

They retrieved the snow globe from the trash bin posted its photos with linked story on social media. They knew that it would surely grab relatable person attention.

Hernandez ended her post by writing We felt bad about the situation and want to find out who these people are, so we can return their gift out of the kindness of our hearts’ She feels that TSA guidelines may have permissible limits for carrying objects and commodities but bringing smile in others lives is abound .

Wayne – I love stuff like this!! You see, this is how good people live when they are left alone to live their lives!!

Gremlin – Feel good. The simplest acts of kindness snatch our souls the fastest. Be kind to each other

Michelle – It just goes to show that there are good and decent people everywhere.

Rochelle – Such a kind woman to have found the owner. I would love to do that for someone.

Carlos – I hope she knows she hasn’t just made this lady and her grandchild’s days but everyone else watching. Damn she a good person

Gremlin – Just simple good people brought together by life’s circumstances, in the best of ways the end