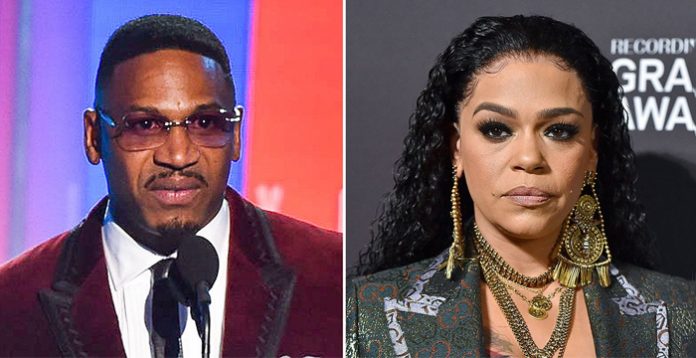 Stevie J and Faith Evans’ relationship isn’t getting any better. Following recent al-legations that Stevie J filed for di-vorce from the R&B artist, the duo has been in the spotlight. While there was no explanation given for the filing, a video that has surfaced may provide the key. With charges of adultery, a video of Stevie J confronting Faith has gone viral.

While the world has witnessed Stevie J’s love for former Bad Boy recording singer Faith Evans, the couple’s ups and downs are taking center stage. After decades of friendship, they began an on-again, off-again romance that lasted a few years. Finally, in 2018, TMZ br-oke the news of the couple’s wedding, which took place in a hotel suite in Las Vegas. The media has been privy to some rocky periods in their marriage. Rumors started circulating in 2019 that the “Love Like This” singer and Stevie J had br-oken up.

Stevie J’s Twitter account also seemed to imply that Faith Evans was unfaithful to him. However, he then claimed that his account had been hacked and that everything in the Jordan home was OK. Regardless of how hard they tried to pretend that everything was OK in Jordan paradise, the murmurs of trouble remained.

Things heated up a year later when Faith Evans was ac-cused of as-saulting Stevie J after an altercation. Evans was ar-rested and charged with a felony family quarrel, according to TMZ, as well as scratches and “visible marks” on Stevie J’s face. Despite the tragedy, the couple’s love held strong, and they resolved to work to overcome their problems.

However, it looked that the da-mage could not be undone. Stevie J filed a di-vorce suit in Los Angeles Superior Court on November 8th. Despite the fact that they had filed for di-vorce, it appeared like they were on the verge of reuniting. Faith Evans posted clips of the pair at the beach after hearing of the di-vorce filing and without either side commenting to the public. In the caption, she cries, “Get us free, bruh [Stevie J]!” On Instagram, the R&B artist shared another joke with directions for people who were continually bothering her.

“Did you know there are three free places to stay?” The meme claimed, “‘In your lane,’ ‘Out of my business,’ and ‘over there.'” However, the world was allowed back into their lives as Stevie J went on Instagram Live to disclose an unfortunate incident that was supposed to remain secret. The pair is seen bickering in the footage, with Faith Evans attempting to leave the room but being blocked by Stevie J.

“Please, leave me alone,” the R&B artist says repeatedly to Stevie J, stressing that she “loathes” him. He continued to hu-miliate her by referring to her by her first name and claiming that she was having an affair with another guy in their home.