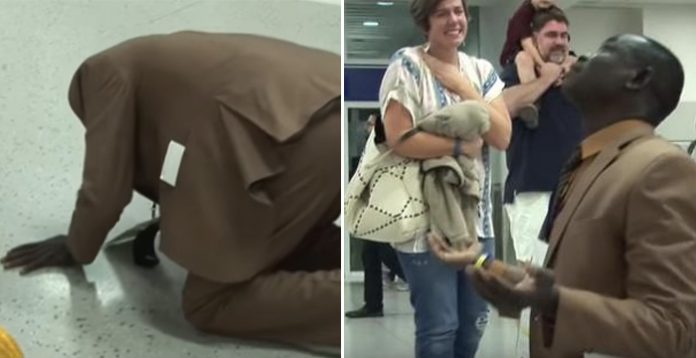 Nobody wants to be separated from their family. Can you imagine being separated from your family after experiencing one of the most disturbing things which happen every day in overseas nations and towns? Unfortunately, that exactly happened to Dyan. He and his family ran off the place they once called home to move to the US to make their life a better one.

Their village in Sudan was ruined. Dyan and his wife Alik initially stepped into a refugee camp in Africa.

According to The North Hill Organization, hardship clashed when the pair was separated during all the unrest at the refugee camps. Dyan was completely segregated from Alik and their kids. And the most unfortunate part was that their marriage information was demolished. During that time, Alik was pregnant with their third child. She was considered a single mother of two at the refugee camp. As there was no evidence of Dyan’s family, he was listed as a bachelor. Generally, bachelor men go to the last of the list of people chosen to be taken to the US to resettle.

On the other hand, Alik and her children went to Fort Worth, Texas with no clue if they were ever gonna meet Dyan again. It was in Fort Worth that the family met two American moms, Molly and Mary Claire, who were volunteering at a refugee agency called Catholic Charities. Both felt a quick bond with Alik and her family and were even there when she gave birth. Dyan was still living in the refugee camp, thinking if he would ever get to meet his family again.

The pair’s third child was now 3-years-old to whom Dyan had never met. Molly and Marie Claire tried many things to reunite the family, even speaking with politicians and immigration attorneys. Ultimately, after four years Dyan was able to reunite with his family in an incredible reunion at the Fort Worth Airport. Dyan instantly fell to his knees when he saw his family. The family was emotional and overwhelmed at the same time. Scroll down to see their reunion video.