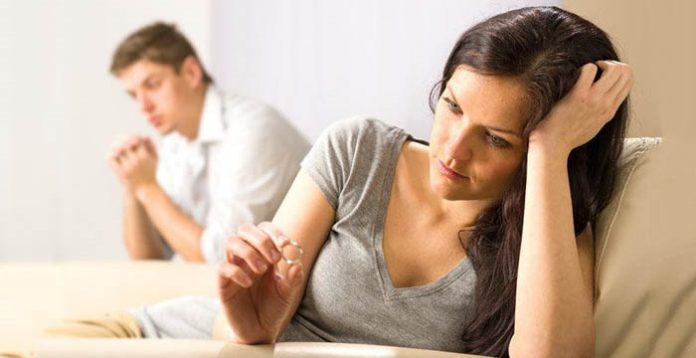 Maybe there’s someone in your life about whom you’ve always felt uncomfortable, or you simply can’t seem to get a good read on that particular individual.

Take the following indicators into account the next time you suspect someone is lying to you to see whether they’re pulling the wool over your eyes.

Of course, these are warning indicators that you’re dealing with a liar, but there are exceptions to everything. Take these indicators as a whole.

1. THEY NEVER LOOK YOU IN THE EYES.

They have the impression that the other person can see straight through them, therefore they try to avoid extended stares with strangers. Watch where someone’s eyes go when they’re lying; do they glance towards the floor or a-way from you when you converse with them?

2. THERE ARE SOME THINGS ABOUT THEIR STORY THAT DON’T MAKE SENSE.

You get the feeling after hearing their narrative that they’ve inflated large sections of it or that they’ve made the whole thing up. Because they have to make up a false tale on the spot, liars typically don’t have very strong cover-ups for their lies.

3. THEY ARE UNABLE TO SIT STILL.

Liars have a lot of restlessness. They do this to keep their minds off the severity of the debate, so they fidget with their cellphones, tap their heels, shift around in their chairs, twist their hair, and so on.

4. THEY MODIFY THEIR STORY SUBSEQUENTLY.

Even if they change or remove minor facts, this just serves to demonstrate that their previous story was untrue. Because the story they recounted never happened, they are likely to forget much of it, which allows them to further confuse you with other fabrications.

5. THEY BEGIN TO BE DEFENSIVE.

Liars must deal with the chaos they’ve caused and defend their actions in order to avoid succumbing to their remorse. A liar will begin to act agitated, such as balling their fists, crossing their arms, having an out-raged expression on their face, or even making you feel lesser to enhance their own pride.

6. THEY ARE NERVOUS IN YOUR PRESENCE.

Around the individual they wish to hide something from, a liar will frequently seem nervous and uncomfortable. To divert attention away from themselves, they may speak quicker, sweat heavily, flush, or walk back and forth.

7. THEY BEGIN RUNNING ALMOST OUT OF CONTROL.

Most liars can’t help but contort their lies into a tangled web that ends up making no sense. They say a few white falsehoods, then have to cover them up with additional lies to keep the “truth” intact, while in actuality, it only makes everything less credible.

8. THEY APPEAR TO BE FlUMMOXED OVER SOMETHING.

Liars are less likely to grin than those who live truly and say the truth regardless of the impact. Keep an eye on the individual in question’s face; you’ll probably observe that they don’t display enough expression.

9. THEY DIVERT THE SUBJECT.

Any discussion of the falsehoods they’ve said makes them feel uneasy, so they prefer to divert attention a-way from themselves by bringing up a more balanced issue. Keep an eye out for abrupt shifts in the subject since this is your moment to really delve in and ask them challenging questions.

The act of pointing at or toward something or someone else, with gestures or words, may signal a surefire desire to take a focus off of an individual and place blame onto someone else. Of course, knowing if that person normally gesticulates or finger points frequently can be a helpful baseline. However, if someone speaks in a measured demeanor as opposed to a hostile one that includes finger-pointing, this agg-ressive switch may indicate someone is lying.