‘That’s What Happens When a Man Loves a Woman Who Doesn’t Love Him’: Earthquake Says Jada Should Have Stopped Will Smith – Video 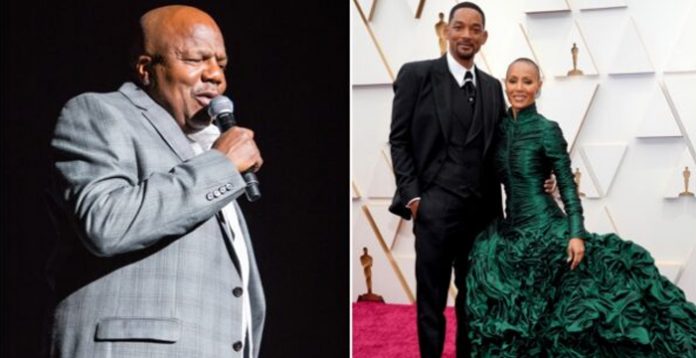 Comedian Nathaniel Martin Stroman, well known as Earthquake recently during an interview, spoke about the Oscar drama which involved Will Smith and Chris Rock where the latter was seen making a joke about Will’s wife Jada’s shaved head. Will ended up walking on stage and Sla–ed Chris while presenting an award.

Earthquake picked on Jada and said that she could have stopped her husband from doing such a thing. Will’s action had stunned his fans and viewers all across the world. Earthquake said that he felt b-d for Will because it is obvious that Will loves Jada but she doesn’t, and Will did that to win her love. He added that Will should either accept her love or leave it instead of trying everything because you cannot force someone to love you.

Earthquake also agreed that whatever Chris did was disrespectful but Jada should have stopped Will because she knew how he would react in such a scenario. He said that Will knew he wasn’t supposed to behave in such a manner but he still did it thinking he’d get Jada’s love.

He also said that Jada on the contrary, has still not released any statement defending her husband, if she loved him, she would have come out and told him that he wasn’t doing it on purpose but couldn’t control his temper. She should have protected Will the way he did.