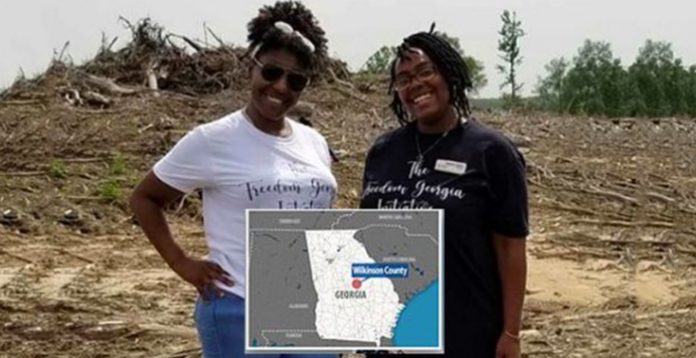 The increasing in-olerance against Blacks in America had bothered many Black citizens.

Ashley Scott too was w-rried and so decided to do something to help the Black people.

She along with her friend Renee Walters started the Freedome Georgia Initiative which is specifically designed for Black people to help create a safe space for them.

In an essay she wrote for Blavity, Ashley said that the increasing att-ks against Black people had b-thered her, and so she sought help and then understood how deep-rooted the problem of rac–m is.

She said that the issue requires more effort and not just protesting.

Ashley and her friend and investor Renee together purchased about 97 acres of land in Toomsboro, Georgia along with 19 other Black families and have created a self-sustaining community where Black people can live and sustain themselves peacefully.

Ashley also said that as a realtor, she used to attend city council meetings and had learned about local zoning laws all of which helped her create this unique community for the Blacks in America.

Ashley has been receiving a lot of appreciation for her work.

14 Photos That May Challenge Your Vision a Little Bit