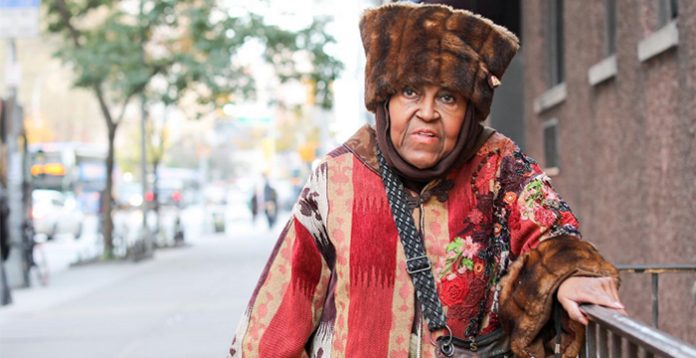 Here is another update on everyone’s favorite auntie-in-their-head Tanqueray, however, this update doesn’t come from @HumansOfNewYork. A fan saw the viral sensation, Ms. Stephanie on the streets of NYC and made sure to get more tea for the rest of the fans. A post was shared on Instagram by Publicist JDot. of The JDot.

Agency after his experience with Ms. Stephanie, which was an hour-long conversation, arousing us all that “she’s being approached by every industry exec under the sun” to explain her story.

However, we aren’t sure if that depicts a novel or a movie, anyways we will stay connected as he said. Speaking with BET, JDot. said, “Meeting her in person was surreal. She was just as colorful as you’ve read on the Humans of NY Instagram page. Obscenity, engaging conversation and all. Super sweet and gave all the Auntie vibes.”

He further described, “On her new-found celebrity status, she said it took some time getting used to in the beginning, but she’s fine with it now. Various pedestrians in the street recognized her instantly and came over for photos and praise. Most call her a ‘legend’, an ‘icon’ and thank her for telling her truth and for being so inspirational.”

So this time the story she shared was, a vivid history lecture on discrimination during her adolescence when there were brown paper bags on the doorstep. And if you are black and didn’t match the color that means you wouldn’t be allowed in for the party. In her usual tell-like-it-is spirit, she told JDot. and his friend Fedler Ais, “You guys wouldn’t have stood a chance!” She said, “My stripper’s name was Tanqueray. Back in the seventies, I was the only black girl making white girl money…” Aunty is essentially the most fascinating woman on the Internet right now! Get into her story below: