This California Teen Started A Nonprofit To Help Kids Learn About Science. He Just Got Accepted Into Stanford – Video 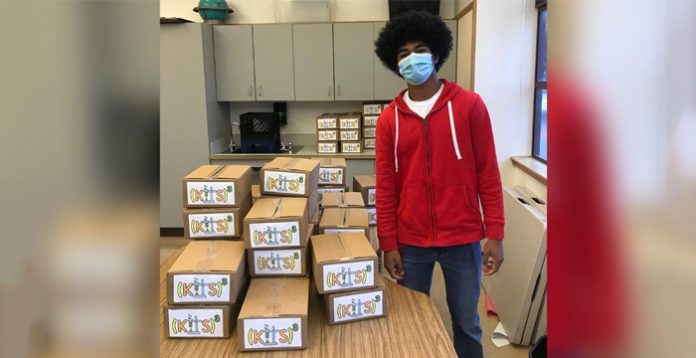 Ahmed Muhammad was one of those high school senior year students who was waiting for an acceptance letter into his dream university. Guess what – he got accepted into the prestigious Stanford University, making him the first in his family to attend college.

He is now all set to go to Stanford but apart from the good grades and other things, what caught everyone’s attention was his statement where he mentioned a non-profit organization that he started called Kits Cubed.

Ahmed said that the story behind the organization began when he started babysitting his niece and nephew. To keep the kids engaged, he decided to conduct science experiments but his nephew said no to the activity because he thought he was bad at it. Ahmed was determined to make sure that his nephew does not continue with his self-doubt and decided to do something to help him.

He started doing basic science experiments that would eventually make his nephew realize he wasn’t bad at it. He started performing simple experiments like making a battery out of a potato, wire, and some galvanized nails.

Eventually, his nephew started showing interest, and Ahmed said that his nephew loves science now. Eventually, Ahmed used to tutor kids, and that’s when he decided to do something to help kids gain hands-on experience with science during the pandemic when everything went virtual.

He told his teachers about his idea, and they agreed to help him create science kits that would help kids learn science with basic materials, and that’s how Kits Cubed came into existence.

Kits Cubed sells three different types of kits with different experiments, and each kit is priced at $15 and comes with a manual on how to go about the experiment.

Just a while after Ahmed started with his kits, his friend Elias Berrick joined him. They spread the word about the kit through social media and other methods and eventually designed a website for Kits Cubed.

The duo then got into a partnership with another non-profit organization run by Berrick’s father called the Seneca Family of Agencies. Ahmed said that the kit has now reached about 2000 kids, and the non-profit organization has also received many donations to help them carry on selling the kits. Ahmed said that his only aim is to ensure that kids don’t look at themselves with self-doubt and know that science is always within their reach and not something they won’t be able to understand.