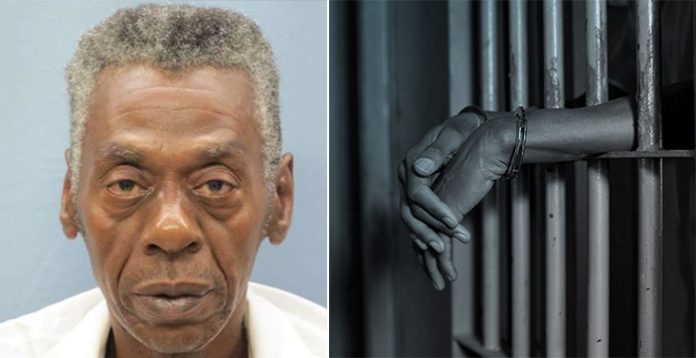 Beth Shelburne, a reporter and producer for Alabama’s WBRC-TV News, recently reported on a man who had spent 38 years in lock-up for running off with $9. Willie Simmons was convicted of first-degree mans-laughter and sen*tenced to life imp-risonment without the possibility of release in 1982. While deployed outside of the United States, Simmons, an Army veteran, developed a powder addiction.

Alabama’s chronic offender legislation which is comparable to other three-strikes laws, was used to prosecute him. Simmons had been convicted of three previous charges.

Simmons acknowledged taking powder before committing a felony for which he was sentenced to life imp-risonment. “I was just looking for a fast cure,” he explained. He threw a guy to the ground and took his wallet, which had $9 in cash. He was apprehended by the officer a few yards away. Simmons stated that his hearing lasted just 25 minutes and that his judicial lawyer did not call any witnesses.

Even though his previous charges were petty, the prosecution refused to grant him a plea bargain. Over the last 38 years, all of his challenges have been refused. “It might seem like you’re sitting alone in a situation like this,” he told WBRC. “I don’t have anyone to call or chat to on the outside.” I often feel as if I’m adrift in infinity.” According to AL.com, Alabama lawmakers withdrew the last avenue of appeal for in*mates receiving a life term without parole under the Habitual Offender Law.

In a tweet, Shelburne added, “It saddens me to think of how many other folks are sequestered in lock-up, forgotten.” “Think about Mr. Simmons when h-arsh on people claim everyone in custody deserves to be there.” Laws that unilaterally toss individuals away in the name of security should be avoided. Anyone who favors Alabama’s repeat offender legislation should be questioned. “It has to go.”